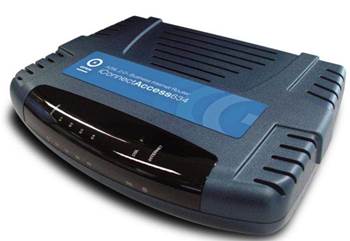 SYDNEY: Internode has restructured its broadband plans for the first time in two years, offering business users more choice in a market that demands faster speeds at cheaper rates.

Thirteen new plans will replace the ISP’s existing portfolio, offering features that include revised pricing and download quotas and a system that allows customers to buy extra downloadable ‘data blocks’ if they exceed their monthly quota.

“Since our last major plan changes, we have seen a boom in data-intensive online services such as BitTorrent and YouTube,” said Internode managing director, Simon Hackett.

Internode has therefore adjusted the prices of plans that offer large data download allowances, ensuring the ISP continues to offer “commercially viable services to all customers,” according to the company.

“Average download volumes are increasing across all plans due to customers using these data-rich services. At the same time, the cost of delivering IP traffic has ceased to decline,” said Hackett.

The broadband plans affected are those pitched at home, SOHO and SME customers, and do not affect those using Business, Broadband Connect or Broadband for Health plans.

“The new plans provide a greater range of options for SOHO and SMB customers. They can choose the price points and download quotas that meet their business needs - in particular we've introduced a range of new 60GB plans to meet customer requests,” Internode product manager, Jim Kellett, told ITnews.

“In addition, using the ‘data blocks’ feature is more flexible and affordable than upgrading to a higher quota plan, for businesses that exceed their monthly download quota only occasionally.”

“A key differentiator for Internode is that we are Australia’s only broadband provider that offers its customers access to high-speed uploads, through its pioneering Annex M technology.

"As announced last year, Internode offers its Business and SOHO 'ADSL Extreme' customers the potential to more than double their upload speeds – from the customer premises to the Internet – by deploying an Annex M-capable broadband router.”
Got a news tip for our journalists? Share it with us anonymously here.