IT equipment contributes to 30% increase for JB Hi-Fi 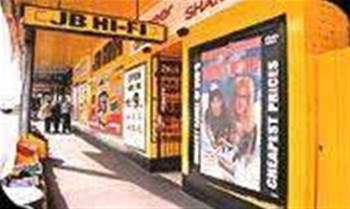 MELBOURNE – JB Hi-Fi yesterday announced that its profit guideline for the full-year ending 30 June 2007 has now been revised to account for better-than-expected financial results in the first half of the 2007 financial year, partly due to increased sales of IT equipment.

In February analysts expected the retailer would earn net profits after tax of $32.7 million for the full-year, but JB Hi-Fi is now claiming it could make anywhere between $37 to $39 million, which is at most a 51 per cent increase on profits for the same period last year and a 17 per cent increase on the February prediction.

Retail sales are expected to reach $1.2 billion for the full-year, which is a 30 per cent increase on the 2006 financial year’s sales.

“The new games and computer categories continue to show promising growth as we finalise the roll out of the computer category to most stores by early FY08 [2008 financial year]. These categories should be solid performers for JB Hi-Fi in years to come.”

According to the report, JB Hi-Fi’s Clive Anthonys business is performing better this half of the year, due to “stronger trading conditions together with some management changes and a closer alignment to the JB Hi-Fi way of operating.”

Clive Anthonys reported debts of 7.8 per cent for the first half of the financial year, but has almost broken even in the 11 months to 31 May with debts of only 0.95 per cent.

The first Clive Anthonys store will open in Sydney in Castle Hill in August, with plans to roll-out more stores in the area in due course.

Uechtritz was unavailable for comment today.
Got a news tip for our journalists? Share it with us anonymously here.