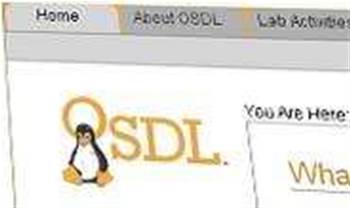 SCO was projecting that revenues of its SCOsource licenses for Linux would generate billions of dollars in revenues for the company, chief executive Darl McBride testified in a deposition on 27 March 2007.

The company did "a lot of work" to create models projecting potential revenues.

"It's just a ridiculously big number," McBride said according to a court transcript (PDF) that was posted on the Groklaw legal website.

The projected sales far outstripped the value that investors attributed to the business. At the peak of SCO's legal offensive, the company's stock was valued at roughly US$400 million (A$474 million). The current market capitalisation stands at about US$28 million (A$33 million).

SCO claims to own key elements of the intellectual property used in the Unix operating system, and alleges that its code has ended up illegally in Linux distributions.

The company filed a lawsuit against IBM in 2003 in which it alleged that Big Blue illegally contributed SCO source code to Linux. At the time it also started selling licenses for its alleged intellectual property under the SCOsource banner.

The offensive sparked a legal challenge by Novell, which claimed that it was the legal owner the code to which SCO claimed to own. McBride's deposition was part of the discovery process in the Novell case.

SCO initially had its salesforce make sales pitches for its Linux licenses to multiple companies. The company sold several million dollars in licenses to companies including Computer Associates, Sun Microsystems. But the majority of the potential customers declined.

HP has negotiated a deal that would protect its customers against legal claims, but it fell through in September 2003. HP instead decided to simply indemnify its customers rather than purchase a license. McBride blamed the failed deal in part on the Novell case for creating uncertainty about SCO's property claims.

A potential Google deal too failed because of the Novell claims. McBride estimated that search engine could ended up paying "hundreds of millions of dollars". For the estimated 250,000 to 500,000 servers that it runs.

"The Novell claims were what eventually got us to just shutter up the SCOsource lincesing division for a number of years," McBride said.

In related news, SCO on Tuesday issued its earnings release over the second quarter of its fiscal year 2007. Although revenues decreased to US$6 million, relative from US$7.1 million year-over-year, the software maker succeeded in narrowing its net losses to US$1.1 million from last year's US$4.7 million loss.
Got a news tip for our journalists? Share it with us anonymously here.
Copyright ©v3.co.uk
Tags:
billionsinlicenseslinuxprojectedscosoftware