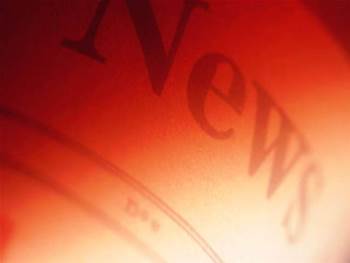 ITnews filed a story on 25 May which included quotes from Informatica Australia and New Zealand managing director, Laurie Newman, stating that Informatica is offering to substitute Business Objects customers’ data systems as part of a global initiative off the back of the company’s recent court-case win against its competitor.

US-based Informatica recently won an injunction against Business Objects that said the latter company was infringing on Informatica’s patented data transformation technology by incorporating the technology into its Business Objects Data Integrator product, which has been installed worldwide, according to Newman.

“The number one objective for large corporations is data integration. This injunction will severely impact Business Objects customers,” he told ITnews.

Business Objects must now remove the infringing code from its product before it is sold and installed, with already-established systems rendered ineligible for upgrades, he said.

However, Business Objects vice president and managing director – Australia and New Zealand, Rob Wells, would like the following information made available to ITnews readers.

“Existing Data Integrator customers can continue to use the feature in the product they currently have,” he told ITnews.

“There are many ways to get reusability within the Data Integrator, and it would be foolish to say that reusability is restricted to this particular use of embedded dataflows. You can continue to reuse jobs, workflows, dataflows, datastore definitions, custom functions and other objects as you have in the past. Even reusing embedded dataflows is fine as long as there is at most one input or one output port.”

Business Objects has shipped a new release of the product which has removed the “one small discrete feature at the centre of the lawsuit”, according to Wells.

“Removal of this feature does not impact customers reusablility of ETLs or Dataflows within the Data Integrator product – only one input and one output. There are many other ways to achieve this function.

“We have been transparent with our customers and partners on this issue,” said Wells, referring to two letters which were sent to Business Objects customers during the lawsuit.

Wells told ITnews that Business Objects will “continue the legal process and will fight vigorously to defend our technology”.
Got a news tip for our journalists? Share it with us anonymously here.