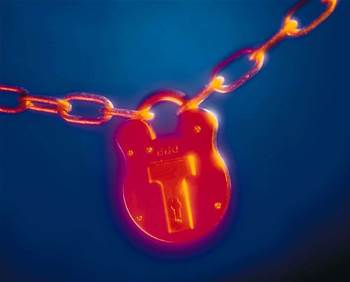 Acquisition-happy Google has made its first security purchase by quietly snaring start-up GreenBorder Technologies, a provider of virtualised web browsing anti-malware software, for an undisclosed amount.

But industry experts do not believe the deal signals Google is planning to further flex its muscles in the IT security marketplace. Instead, experts told SCMagzine.com, the search giant likely will use the purchase to secure its recently unveiled business application suite, not as the kick-off to a portfolio that would compete with the likes of Symantec and McAfee.

"Google dabbles in everything," Mike Rothman, president of analyst firm Security Incite, said. "They’re extremely smart and they kind of dip their toes and learn. If they want to do something, they tend to do a pretty big purchase and write a pretty big check. GreenBorder is not that purchase."

Californian based GreenBorder announced the deal on its website, only to say that it has been acquired by Google and that it will continue to offer support for existing customers through the end of their subscriptions.

GreenBorder’s anti-malware software creates a "sandboxed" web browsing environment that isolates each internet session from the rest of the computer to prevent malicious code infection.

Several bloggers speculated how the search giant may deliver the GreenBorder technology. The "Windows Tips and Tricks" blog suggests the software "will re-emerge somewhere in a Google application."

"I just don’t see them taking on that role with host-based security," he told SCMagazine.com. "They are focused on delivering secure online collaboration. They’re not into being a security vendor; they’re into being a secure vendor."

"Will Google move further into security by offering AV, firewall or other traditional security products?" he wrote today on his blog. "It’s possible [and they’ve surprised us before] but I think not. GreenBorder is a tactical move in their Web 2.0 strategy for providing online web apps, not about Google becoming a true security play."

Rothman agreed, saying the acquisition may speak more to Google’s revolutionary approach to computing than anything else.

"Everybody’s talking about Google building internet operating systems," Rothman said. "This could be one of the fundamental building blocks for that as you continue to get abstractions of operating systems on top of the core devices using virtualised technology."

Still, given the GreenBorder purchase, the recent launch of the Google Online Security Blog, and a new white paper analyzing web-based malware, some believe the search giant is ready to join a trend.

"Security is increasingly becoming a game for the big boys," Shimel wrote on his blog today, "but it is the smaller companies like GreenBorder that fuel innovation."

Google has remained largely mum on the deal, which reportedly closed in mid-May.

"We were impressed by GreenBorder's small team of talented engineers and believe they can help to build products and features that will benefit our users, advertisers and publishers," a Google spokeperson said in an email to SCMagazine.com.

Google is currently in the centre of a Federal Trade Commission anti-trust investigation into the privacy implications of its US$3.1 billion acquisition of DoubleClick.