Over-55s taking over the web 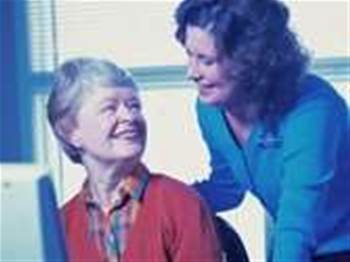 Internet users in the UK aged 55 and over are on the cusp of becoming the largest group of online users, surfing mostly 'Adult' and 'Search Engine' websites.

Competitive intelligence service Hitwise revealed today that UK internet users aged over 55, the so-called 'silver surfers', are set to overtake 35- to 44-year-olds as the demographic age group with the largest representation online.

The increase has come from rich and poor alike, according to Experian's Mosaic classifications of 'Twilight Subsistence' (pensioners subsisting on meagre incomes) and 'Grey Perspectives' (pensioners enjoying retirement with savings to supplement their pensions).

Internet visits from the 'Twilight Subsistence' group are up 29 per cent over the past two years and visits from Grey Perspectives are up 30 per cent.

"Among the top categories visited by those aged 55-plus, 'Search Engines', 'Adult' and 'Shopping & Classifieds' are the favourites and are consistent with the most visited categories overall, said Hitwise UK vice president, Heather Hopkins.

"Silver surfers show a particular fondness for travel and news and media websites, with these categories ranking higher among silver surfers.

'Money' and 'Leisure Pursuits' are more interesting to silver surfers than other demographic groups, according to the data.

Cruise, stocks and shares, e-greetings and yachting/boating websites received the highest concentration of visits from silver surfers. Cruise websites, for example, received 48 per cent of their traffic from UK internet users aged over 55.

Despite growth in both groups, the wealthiest group continued to be more active online than their less well-off counterparts.

In particular the Experian Mosaic groups dubbed 'Symbols of Success' and 'Urban Intelligence', which are among the groups most likely to earn a household income in excess of £50,000 (A$120,000), are respectively 22 per cent and 31 per cent over-represented online.

On the opposite side, the 'Twilight Subsistence' and 'Municipal Dependency' groups, which are among the most likely to earn a household income of less than £7,499 (A$17,996), are 37 per cent and 34 per cent under-represented online respectively.
Got a news tip for our journalists? Share it with us anonymously here.
Copyright ©v3.co.uk
Tags:
oddwareoversilversurferstakingtheweb