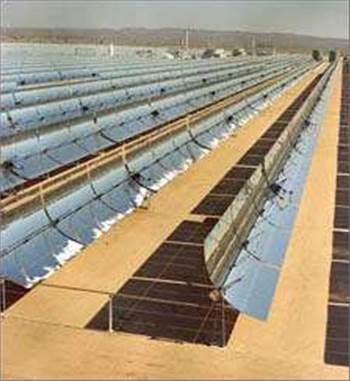 Australian scientists have unveiled research which they believe could pave the way for cheaper and more efficient solar panels.

The breakthrough at the University of New South Wales (UNSW) could see the price of an installed domestic solar system fall by around 30 percent.

Up to 45 percent of the cost of solar cell technology is due to the silicon used in cells to convert sunlight to electricity.

However, silicon is a poor absorber of light and the one-to-two micron-thick films commonly used in solar cells convert only eight to 10 percent of incoming sunlight into electricity.

Researchers at the UNSW ARC Photovoltaics Centre of Excellence, led by PhD student Supriya Pillai, have developed a technique that gives a 16-fold enhancement in light absorption in 1.25-micron thin-film cells for light with a wavelength of 1050nm.

They have also reported a seven-fold enhancement in light absorption in the more expensive wafer type cells light wavelengths of 1200nm.

The key to the breakthrough is the addition of a film of silver about 10nm thick onto a solar cell surface.

When this is heated to 200 degrees Celsius the film is broken into tiny 100nm "islands" of silver that boost the cell's light trapping ability, thereby boosting its efficiency.

"Most thin-film solar cells are between eight and 10 percent efficient, but the new technique could increase efficiency to between 13 and 15 percent," said Dr Kylie Catchpole, a co-author of the study.

"If they are below 10 percent efficient, you cannot really afford to install them because it would take up too much of your roof area, for example, to power your house."

Once the technology approaches 15 percent efficiency, it becomes commercially viable, Catchpole believes.
Got a news tip for our journalists? Share it with us anonymously here.
Copyright ©v3.co.uk
Tags:
aussieboffinsboostcellefficiencyhardwaresolar