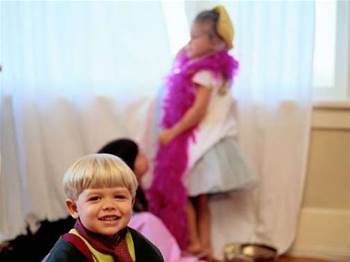 The number of images depicting extreme child abuse has quadrupled over the past three years, according to the latest figures from the UK's internet watchdog.

The UK Internet Watch Foundation (IWF) said that the proportion of websites reported to it that contained material of the two most severe categories had soared from seven per cent in 2003 to 29 percent last year.

It said that graphic images of children now account for almost a third of all reports. Nearly 60 percent of commercial child abuse websites sell images of children being raped and 91 per cent of the children in the pictures appear to be under 12 years old, the IWF said.

The majority (90 percent) of the commercial child pornography sites reported to the watchdog appear to be hosted in the US and Russia. Such images have nearly been removed from sites hosted in the UK, which account for less than one per cent of cases.

“Sadly, we have to report new trends regarding the young age of the child victims in the images we assess and the dreadful severity of abuse they are suffering,” said Peter Robbins, chief executive of the IWF.

“These facts, coupled with the longevity of some commercial websites, mean the victims’ abuse can be perpetuated for many years as the pictures are repeatedly viewed.”

Some commercial child pornography sites are storing the images remotely and in fragments, often hosted on different servers around the world, which complicates the detection process, according to the IWF.

The annual report also reveals that for the first time photo sharing websites by offenders have been uncovered. In 2004, no images posted on photo album sites were reported to the internet watchdog, yet they now account for 11 percent of those URLs confirmed to contain child pornography.
Got a news tip for our journalists? Share it with us anonymously here.