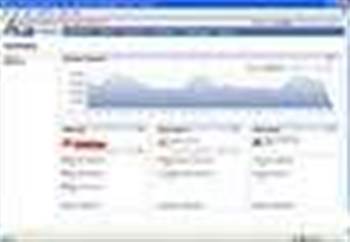 The Service Level Agreement (SLA) for the Threat Manager offering ensured response within 30 minutes of the detection and escalation of security incidents.

The Threat Manager offering never needed more than 20 minutes to respond to an alert, and also posted a best time of a port scan response within eight minutes.

The longest response time from the Threat Manager offering was 17 minutes, and this notification was in response to a buffer overflow attack which took place inside of an SSL tunnel. Overall, the response times of Alert Logic were impressive, as was the level of information provided.

Documentation for this product is provided, and this covers the rather straightforward installation.

Phone, email and the web portal are the primary mechanisms for contacting Alert Logic, and all queries were responded to quickly. The engineers at the security/network operation center were knowledgeable and helpful and often provided a great level of informational detail.

The pricing for Alert Logic was at the low end of the price spectrum, and when compared with the strength of the offering was clearly a "Best Buy." Like most of the offerings in the MSSP marketplace, actual pricing depends on the installation and the SLA.

For: Fast response times, great level of information provided, and easy to reach support personnel.
Against: None that we could find. The offering performed excellently in all evaluated categories.
Verdict: With no deficiencies in any tested categories and several strengths, the product was an all around superior offering which earned our Best Buy rating.