Sonic and Mario go for gold in Beijing 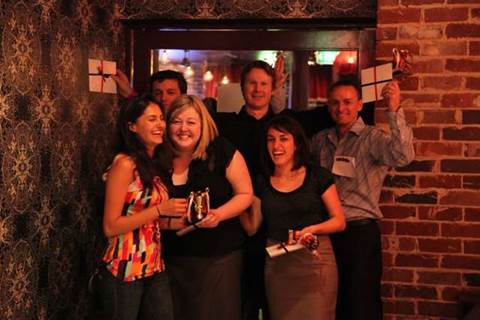 Sega and Nintendo hook up on Mario & Sonic at the Olympic Games.

Rivals Sega and Nintendo have teamed up for the first time to bring together their star figureheads, Sonic and Mario, in the upcoming console title Mario & Sonic at the Olympic Games.

Players will assume the role of either character and compete in events that take place in environments based on the official venues of the Beijing 2008 Olympic Games.

Mario & Sonic at the Olympic Games will be published by Sega across Europe and North America, and by Nintendo in Japan.

The game will be licensed through a worldwide partnership with International Sports Multimedia, the exclusive interactive entertainment software licensee of the International Olympic Committee.

"We are thrilled to partner with Nintendo and International Sports Multimedia on this groundbreaking title," said Hisao Oguchi, president and chief operating officer at Sega.

Shigeru Miyamoto, senior managing director and general manager at Nintendo, added: "Mario and Sonic have been respectful rivals since the early days of video games.

"For a long time they have been discussing the possibility of one day competing against each other. Now that they have been given the perfect opportunity to meet at the Olympic Games, we may finally learn who is actually faster."

The game will be developed for the Nintendo Wii and DS platforms and will be available in time for Christmas.

Got a news tip for our journalists? Share it with us anonymously here.
Copyright ©v3.co.uk
Tags:
and beijing for go gold in mario software sonic