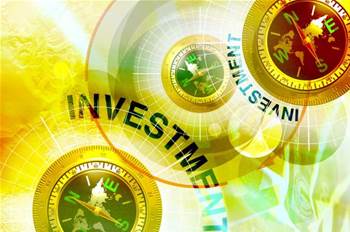 Male. Between 30 and 50 years old. Residing in California, Texas, Florida or New York. That's the most likely profile for a 2006 victim of web-based crime, according to a report from the FBI and the National White Collar Crime Center.

The Internet Crime Complaint Center (IC3)processed 10 percent fewer cybercrime complaints last year than during 2005, according to the report. The amount of money lost, however, increased.

The total dollar loss from all referred cases was more than US$198 million for 2006, a US$15 million increase from the year before.

Of all internet crime complaints, fraud was by far the most reported offense, comprising nearly 45 percent of all complaints. Non-delivered merchandise made up 19 percent of those referrals.

The highest median losses were reported by victims of Nigerian letter fraud, also known as 419 scams, with an average loss of US$5,100.

The report also showed that in 74 percent of cases, email was used for the primary contact, while websites were used in 36 percent.

The vast majority of all perpetrators were from the United States, according to the report. Of those, 75 percent lived in California, New York, Florida, Texas, Illinois, Pennsylvania and Tennessee.

The agency also identified cybercriminals in the United Kingdom, Nigeria, Canada, Romania and Italy. Ninety percent of victims resided in the US

The FBI warned that only one in seven fraud incidents are ever reported to law-enforcement authorities, according to a 2005 survey from the National White Collar Crime Center.

"With phishing, there was a time when it was rather broad-based, and it’s gotten to the point where the attackers have actually honed their skills. There’s a lot of spearphishing where they’re very focused on one target, as opposed to just phishing as a spam-related activity," he said.

"I believe the same thing continues to apply [for consumers to protect themselves]. Have good anti-virus software, also be very mindful of the URL you’re imputing, be mindful of the security certificates."