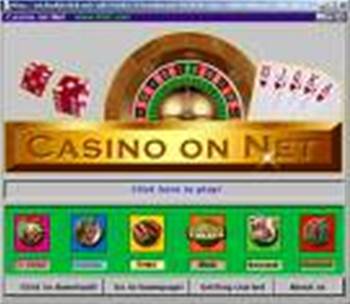 Teh US FTC sets new rules for adware downloads.

Zango has settled charges with the US Federal Trade Commission (FTC) over the company's unfair and deceptive methods of distributing its adware applications.

The adware maker will have to stop serving advertisements on systems that installed the software before 1 January 2006. A Zango spokesperson declined to say how many of its 20 million installations are affected by the ruling, but claimed it was a "minimal number".

Zango also agreed to give up US$3 million in ill-gotten gains.

"Consumers' computers belong to them, and they shouldn't have to accept any content they don’t want," said Lydia Parnes, director of the FTC's Bureau of Consumer Protection.

"If consumers choose to receive pop-up ads, so be it. But it violates federal law to secretly install software that forces consumers to get pop-ups that disrupt their computer use."

Zango until last September was known as 180solutions. The company's adware is bundled with free content such as games, screen savers and peer-to-peer file sharing software. Users installing the free software also receive an application that monitors their network connection and serves pop-up ads.

The FTC charged that Zango deliberately made it difficult to identify, locate and remove the software.

Botnet operators for instance can install the software on computers that are under their control to collect the affiliate fee.

Zango claims that it is cracking down on these practices. The software periodically informs that user of its presence and provides instructions on how to remove it. Last year the company filed lawsuits against seven of its distr ibutors – all of which were located outside of the US – but later dropped the charges.

The Center for Democracy and Technology (CDT) filed a complaint with the FTC about Zango last January. The group heralded the settlement as an important precedent and policy setting document for the adware industry.

"If companies are operating outside of the understanding in the FTC ruling and engage in deceptive practices, they are going to face potential punishment. That's a very important message for any company that makes its business in the downloadable software space," CDT spokesperson David McGuire told vnunet.com.

Among things, the settlement forces adware makers to get explicit consent from the user to install the software and prevents them from hiding the consent provision in the end user licence agreement. The FTC furthermore is holding Zango accountable for non-consensual installations from its partners.

Zango in response to the settlement stressed it doesn't constitute an admission that Zango violated the law. The company said that it welcomed the new standards for the software download industry.

The company over the past years has been working to rid itself of the image that its software poses security risks. It has filed legal charges against ZoneLabs for calling the labelling the application as spyware and dropped its case after the security vendor downgraded the security.

Got a news tip for our journalists? Share it with us anonymously here.
Copyright ©v3.co.uk
Tags:
3madwarefinancefinedforillegalinstallationszango