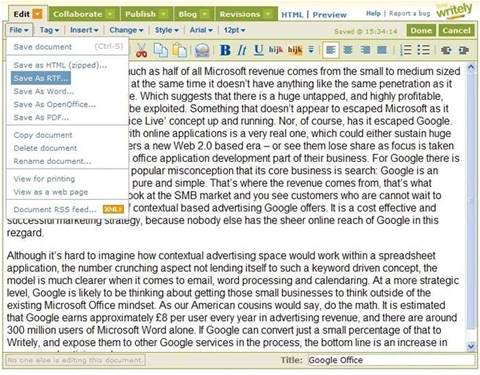 Web-based apps will not replace desktop computing, according to Citrix CEO Mark Templeton.

Although Google and Salesforce.com have made significant advances in creating web-based applications, people will still want desktop-based apps in the future.

"I think that the notion of a desktop that people can personalise in lots of ways is not going away," Templeton told vnunet.com at the Citrix iForum in Orlando.

"I don't believe in that – and I'm a very cynical person about technology. I'm willing to believe the most wild ideas, but I won't believe that one.

"When I look at my own children, how they use their own Macintoshes and PCs, I see that they want a world that's their own, that's disconnected from time to time and is personal.

"At the same time, when they plug in, they want the world that someone else hosts through a browser to be there too.

"I think Google's doing some apps, Salesforce is doing apps that are on the web. But I think that the desktop will go on forever."

Google and Salesforce.com use Citrix technology to provide their web-based apps.

"Google delivers their applications with NetScaler [and] Salesforce.com use our technology," Templeton said.

The emergance of Web-based apps is being driven by consumer demand, according to Templeton, much like the early beginnings of the computer industry.

"At the front of personal computing you had these big phenomenon called Apple, Osbourne, Commodore.

"A lot of things came from a consumer side. Consumers at the hobbyist level got inspired. And then rebels in business took it from there.

"You either choose to pay attention to these things or you don't. I'm not sure that Google is creating an OS. I think the browser may be that OS. I think they're delivering applications that are appropriate for a consumer right now, but there are lots of possibilities.

"We love it, because if you think about it those applications, even when they're supplied as a service, have to have a great ability to be delivered properly."

Got a news tip for our journalists? Share it with us anonymously here.
Copyright ©v3.co.uk
Tags:
ceo citrix desktop here is says software stay to