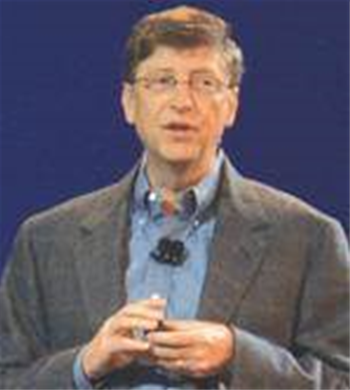 "The email vector continues to be the primary means of virus spread," he said. "We need to improve the [virus-] scanning capabilities. Having a single engine to do that scan is not sufficient."

On the spyware front, Microsoft plans to bundle free anti-spyware capability with Windows.

Gates said there was a "burning need for our users [to tackle spyware]," adding that there had been more than five million downloads of his firm's beta anti-spyware software since its release a month ago.

Gregor Freund, CTO of Check Point Software and founder of Zone Labs, said he was glad to see Microsoft focus on securing the desktop, but said that there are "some serious downsides" to Microsoft's approach.

"Just by entering the security market, Microsoft could stall innovation... which, in the long run, will lead to less security, not more," said Freund. "Microsoft's programming practices and past lack of security focus resulted in security breaches [and it] is unconscionable to me that now Microsoft announces it will attempt to profit from this very neglect."

Got a news tip for our journalists? Share it with us anonymously here.
Copyright © SC Magazine, US edition
Tags:
antivirusforfuturegatesmapsmicrosoftoutsecurity