Broadband multi-play offers all volume and no profit 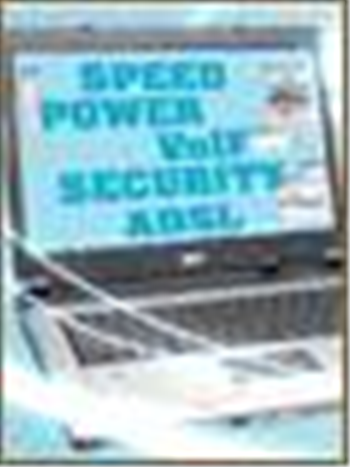 Price slashing by telcos in the form of multi-play packages could decimate consumer spending on pay-TV, broadband and telephony services, warn analysts in a new report.

Price slashing by telcos in the form of multi-play packages could decimate consumer spending on pay-TV, broadband and telephony services, warn analysts in a new report.

Telecoms and media research house Analysys said that the proliferation of price-driven multi-play strategies can improve the take-up of fixed telephony, broadband and pay-TV services, but would come at the expense of overall spend in western Europe.

The report was published against a backdrop of frenzied converged offers in the UK from the likes of Orange, Sky and Carphone Warehouse.

Increased commoditisation of telecoms services under the triple-play banner driven by a small number of "super-providers" could lead to a decline of nine per cent in total spend between 2005 and 2011.

"The result is that potential increases in pay-TV spend could be squandered as TV services are subsumed in heavily discounted triple-play bundles," explained report author Stephen Sale.

However, co-author Richard Hadley argued that if the majority of service providers maintained value in core services by investing in TV content and technological innovation, instead of relying on aggressive discounting, multi-play penetration would be lower but total spend would increase by 10 per cent over the same period. However neither a price-driven nor a value-driven strategy is likely to dominate throughout western Europe, according to the analysts. The markets can and will segment, and price-driven and value-add strategies will coexist to a large extent.

However, markets with limited growth opportunities in pay TV, or very competitive broadband markets such as The Netherlands and Sweden, are more disposed to price-based competition, and the long-term tendency across most markets is towards a price-driven model.

Key findings from the new report include, triple-play will remain a supplier-driven proposition, with 11-17 per cent of western European households expected to subscribe to triple-play packages by 2011, up from three percent at the end of 2005.

Western European triple-play spend is predicted to be between €14.8bn and €16.2bn by 2011. There is still an opportunity for single-service providers because single-service subscriptions, although declining, will account for 57-59 percent of market spend by 2011.
Got a news tip for our journalists? Share it with us anonymously here.
Copyright ©v3.co.uk
Tags:
allandbroadbandmultiplaynooffersprofittelco/ispvolume