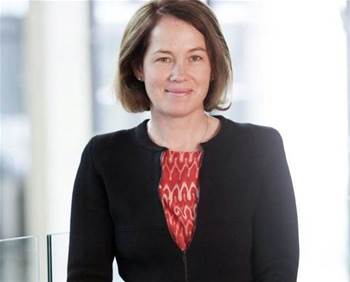 After over five years at the bank.

ANZ's inaugural chief data officer - and current data and automation group executive - Emma Gray has resigned, and will leave the bank in August.

Gray first joined in 2017 as the first-ever chief data officer, holding the role for three years, before going on to lead ANZ’s work in automation and more recently in operations transformation.

"During more than five years at ANZ, Gray played an important role in the establishment of data management expertise during a crucial period with the introduction and expansion of comprehensive credit reporting, open banking and other changes across the industry," the bank said in a statement.

Pinheiro is currently head of enterprise data governance and stepped into an acting global chief data officer role in October 2021.

ANZ CEO Shayne Elliott praised Gray as “an outstanding leader” and said the bank was “disappointed to lose someone of her calibre”.

“Emma can be proud of the contribution she has made preparing the bank for the future and building a team of highly credentialed data experts," he said.

“I know Emma will spend the next few months prioritising spending time with family overseas and contemplating her next chapter."

Gray said she had “really enjoyed" her time at ANZ.

“I’m extremely proud of the amazing team I have built, setting ANZ up for ongoing transformation," she said.

Prior to ANZ, Gray spent close to four years with Woolworths, initially as its strategy general manager before taking the role of chief loyalty and data officer.

Gray was a Bain & Company partner for just over 14 years.