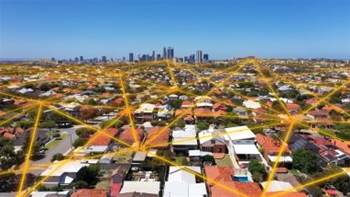 Pentanet, a Perth-based ISP with a focus on gaming subscribers, has launched a millimetre-wave wireless service dubbed neXus.

Last year, the company was one of five carriers to win spectrum in the ACMA’s 26GHz spectrum auction, taking 200MHz in Perth in two blocks, and the same for the Margaret River region, for a total of $8 million.

In a financial filing [pdf], the company said it has received more than 11,000 registrations of interest from potential subscribers in Perth.

It expects to add Wanneroo, Balcatta, Stirling, Trigg, Morley, and Mindarie to the list by the end of the year.

The network uses the Terragraph technology originally developed by Facebook as part of its Telecoms Infrastructure Project, first unveiled in 2016, which is designed to provide a platform for low-cost wireless deployments in dense urban environments.

The technology gained traction in 2018 when Qualcomm announced it would bake the protocols into its silicon.

Pentanet claims a trial delivered speeds as high as 970/857Mbps down/up, and with 350 distribution points installed covering 90 square kilometres, the network currently claims a theoretical capacity of more than 7200 customers.

Cambium Networks is Pentanet's hardware partner for the rollout.

The mesh topology of the network means each distribution point can support as many as 25 extra customers.

Average maximum customer speeds in the beta were claimed to be 606.5/513Mbps down/up, latency ranged between 2.4ms and 9ms, and each wireless hop introduced 0.5ms of extra latency.

The launch is being promoted with a $129 plan discounted to $99 per month, with unlocked speeds and unlimited data on a 12 month contract.