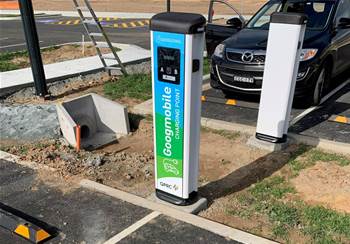 The network operator has long harboured a wish to be an IoT player. Back in 2016, principal technology officer FTTx, Daniel Willis, told a London conference NBN Co wanted to expand its reach to include connections to non-premises locations.

At the time, Willis cited IoT, traffic lights, and smart control systems as on the organisation’s radar.

That’s soon to become a reality, with NBN Co announcing today that Smart Places, currently piloting in 35 locations Australia-wide, will be available for orders for construction after 1 January 2023.

Executive general manager, new developments, Andrew Walsh, said with the “scale build” of the NBN complete, the organisation is “constantly talking to the market to understand what they need”.

“So we’re looking at creating an offering for our property developer customers,” he said.

NBN Co’s website explains that Smart Places will connect “eligible non-premises locations that are part of common infrastructure when designing and developing Master Plan Communities, commercial and industrial estates, and smart cities of the future”.

Under Smart Places, NBN Co has been installing “miniaturised, ruggedised and reverse-powered network connection devices” to a range of non-premises scenarios, including “traffic lights, electric vehicle charging stations, public parks and skate parks, as well as in conjunction with the operation of water infrastructure”, the organisation said in a statement.

Those are the kinds of connections property developers will be able to request next year.

“The team works closely with property developers every day to understand what they want to do, how they want to do it, and how we can help them realise their vision,” Walsh said.

He told iTnews NBN Co has worked with Nokia “for some time” to get a network connection device that suits field deployments.

The household modems NBN provides, for example, need a general purpose electricity outlet to function, something that’s not available in the field.

So the low-power unit used for Smart Places “draws power from the CPE where it’s plugged in”.

One of the pilots has been running in the NSW township of Googong, east of Queanbeyan.
Retailer OneWiFi has been targeting smart city applications, and managing director Mevan Jayatilleke said the NBN offering let it “streamline deployment of harmonised smarter precincts.”

“The primary benefits of the solution deployed in Googong include improving connectivity and providing digital access on an equitable access to citizens. By deploying public wi-fi, it has enhanced digital accessibility and through other smart services improved livability in the community.”

OneWiFi has been working in partnership with the Queandbeyan-Palerang Regional Council and developers Peet and Mirvac.