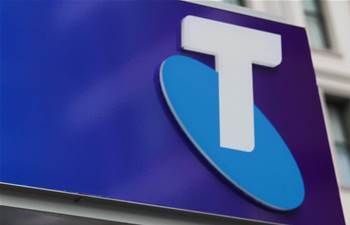 Telstra has appointed Annie South as its new chief data and AI officer following the departure of Noel Jarrett.

A Telstra spokesperson told iTnews Jarrett “has left the company to pursue a new opportunity” after 10 years at the telco.

Jarrett served as chief data and AI officer for over a year-and-a-half, establishing Telstra’s Data & AI Centre of Excellence. He also worked in a variety of director and C-suite positions.

The Telstra spokesperson said South will now lead the data and AI centre “after a distinguished career in both Australia and the UK.”

“We’re delighted to welcome Annie to the team as she will play a key role in delivering against our data and AI ambitions as part of our T25 strategy," the spokespersons said.

South joined the telecommunications giant in May.

“I’m excited to be taking on the role of chief data and artificial intelligence officer at Telstra," she wrote on LinkedIn.

“It’s my third time working for the 'Big T' and it’s been lovely to reconnect with old friends and colleagues and get to know new ones. I can't wait to get to work,” South wrote.

Prior to joining Telstra, South was the director the Data Management Centre Of Excellence at RMIT for seven months in 2020, before taking a career break.

South was also with ME Bank for just over four years in a general manager for enterprise data position, created following its 2015 restructure.

She previously worked at Telstra roughly 15 years ago in the chief data officer for finance spot, and has held roles in Australia and the UK across a range of industries including ANZ, NAB, JP Morgan, LaTrobe University, Integral Energy and Australia Post.