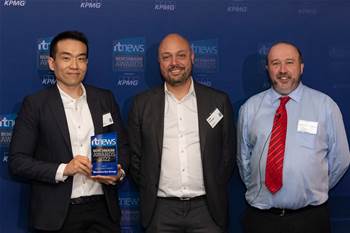 Woolworths Group has taken out the coveted iTnews Benchmark Award in consumer for its eReceipts project which saw the supermarket giant remove friction from the customer experience and boost loyalty.

The eReceipts project was implemented across all of Woolworths brands and saw the company increase its digital adoption and boost loyalty engagement, while supporting sustainability goals.

The project was delivered within 10 weeks through mass collaboration across all Woolworth teams, including its innovation arm WooliesX, and multiple partners.

The platform processes over seven million transactions a day leveraging a serverless PaaS (platform-as-a-service) solution run on Azure Cloud, at an incoming volume of over 250 transactions/second and producing a digital receipt within two seconds of a customer's shopping.

Woolworths’ project also cleared the path for the group to implement best practice application development on the cloud.

Further capabilities such as allergen warnings are in the pipeline.

Woolworths believes eReceipts helped its Everyday Rewards app attract more than one million active users with in the first year.

The company has also noted significant cost savings from reduced paper consumption, and a boost in brand value and differentiation from competition.

You can read more about Woolworth’s work alongside the other winning projects and finalists here.