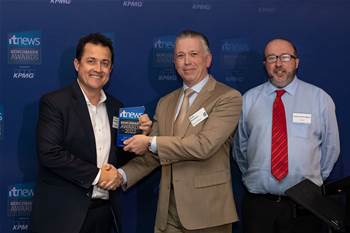 Westpac has taken home the 2022 iTnews Benchmark Award in finance for its work in building a banking-as-a-service platform.

The bank developed and introduced its own digital banking platform after recognising the need to simplify operations and compete against the growing tide of fintechs and non-bank corporates.

The platform allows third-parties to offer tailored banking products to customers via their own brand and channels.

Having been kicked off in 2019, the cloud-based platform already boasts Afterpay, SocietyOne and Flare as partners.

Since then, the bank has seen over 11,000 customers onboarded, with partnerships helping Westpac to reach new customers.

Westpac said the platform gives the bank a competitive edge in Australia as it’s the first of the 'big four' to offer BaaS products.

According to Westpac, the plug-and-play capability of the BaaS platform means Westpac is future-ready - able to capture the constant innovation of technology partners while keeping pace with the changing consumer landscape.

You can read more about Westpac's work alongside the other winning projects and finalists here.