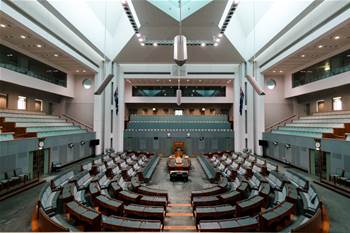 Labor’s return to government is likely to cause seismic shifts in the Australian tech sector, with policy pledges impacting critical technologies, the NBN and traning and skills.

iTnews spoke to the telco and IT industry to gather immediate reactions to Albanese’s win and their hopes for the sector.

Here’s what the Australian Information Industry Association, Tech Council of Australia, Telstra, Optus, TPG and Commpete had to say.

The Australian Information Industry Association (AIIA) said that it looks forward to working with the new Labor government to develop and deliver a policy to address the nation’s digital skills shortage.

“Our sector could easily employ 1.5 million Australians in the next few years if the government addresses our skills shortage and supports the sector,” CEO Ron Gauci said in a statement.

“Our members have told us they are increasingly looking overseas for employees due to the talent squeeze. Red tape is restricting the digital economy and could be far better targets and coordinated.”

Gauci welcomed recent funding commitment for the sector, but warned that bureaucracy had resulted in “significant delays in the funding reaching industry” under the former government.

“Our commercialisation of Australian IP needs greater support to continue to deliver growth and jobs in Australia, ensuring our IP is not sold overseas,” Gauci added.

The peak IT vendor representative body also repeated its previous calls for the creation of a cabinet-level government services and digital economy minister.

AIIA said the new minister should be responsible for overseeing policy and regulation of the tech sector, supporting skills development to help overcome the IT skills shortage and ensuring that Australia is a leading digital government by 2025.

The AIIA released its pre-budget and pre-election policy submission earlier this year, which had 24 recommendations, such as executing ‘A Quantum Strategy’ within 12 months.

Tech Council of Australia CEO (TCA) Kate Pounder said that TCA worked with Anthony Albanese prior to his appointment when he committed to support the goal of employing 1.2 million people in tech jobs by 2030.

“Setting this goal on behalf of government matters because it sends a clear signal to Australians that employers will sign-up to create these jobs, and there is a shared commitment to help Australians work in them, including through reskilling and training opportunities,” she said.

“We want to partner to create great, well-paid, secure jobs for Australians, and to make sure the right training is in place to help Australians get into them.”

“This fund will enable the tech sector to capitalise on this once in a generation opportunity to make Australia a global tech powerhouse – to deliver billions in economic activity, provide secure, flexible, well-paid jobs for Australians and make Australia the best place to start and grow a business,” Pounder said.

Telstra said it had a strong working relationship with the ALP and was looking forward to working with them in Government to deliver policy reform needed in the telecommunications sector.

“Telecommunications is a fundamental building block of the country's digital economy and there is a range of policy settings we need to get right to ensure the industry is sustainable and can continue to invest in the infrastructure and solutions to grow the digital economy,” a spokesperson told iTnews.

A TPG Telcom spokesperson told iTnews that it was looking forward to “continuing to work with Michelle Rowland and her office.”

Rowland has been the Labor Party’s shadow minister for communications since 2016. She has retained the seat of Greenway and is likely to maintain her role in Albanese’s front bench.

“Michelle is a passionate advocate for equality of opportunity and for lifting productivity," the spokesperson said.

“The communications portfolio is critical to achieving both of these outcomes and the incoming government can play a meaningful role by enabling greater coordination of co-investment in, and sharing of, infrastructure, and affordable NBN pricing.

“As we await the release of the NBN SAU, we are looking to the government to proactively address the growing disparity between NBN’s pricing and quality of services.

“We wish to thank Minister Paul Fletcher for his hard work and advocacy for the communications portfolio.”

“We encourage the incoming government to work with the sector to overcome some current market distortions and nurture a more sustainable, competitive sector with the firepower to invest in the competitive connectivity that will underpin our digital economy.”

Compete said it hoped the new government would prioritise boosting communications access in regional Australia, encouraging big business to the bush, and creating a framework for the sector to ensure greater choice, competition and affordability.

“Commpete and our members are looking forward to working together with the new Government throughout the next term," Lim said.

“The journey to reform regional communications and competition began under the previous government when it kickstarted the development of open access competition in regional Australia.