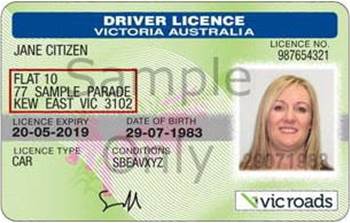 Not yet in 'active development'.

Service Victoria remains in talks with the Department of Transport over developing a digital driver’s licence, more than four years after neighbouring states began rolling out their offerings.

“Conversations are occurring between Service Victoria and in Transport on these matters, and that work is ongoing,” he told the Public Accounts and Estimates Committee during the hearing.

The funding, which builds on $66.9 million provided to the agency in last year’s budget, will be used to deliver 20 new online services in 2022-23, with further services expected in 2023-24.

“I think if you gaze forward into the future, over the coming years you’ll have more and more transactions onboarded, including a digital driver’s licence,” Pearson told the committee.

Asked by Nationals MP Danny O’Brien whether digital driver’s licences were one of the Service Victoria projects funded in 2022-23 or 2023-24, Pearson said “conversations are ongoing”.

While Victoria continues to discuss introducing a digital driver's licence, South Australia and NSW have had their offerings in place since September 2017 and October 2019, respectively.

In NSW, almost 70 percent of drivers – four million people – have taken up the plastic card alternative, with the state government now to digitise other licence types such as photo cards.

Queensland is also in the process of developing a digital driver’s licence in partnership with French engineering heavyweight Thales. The government there is targeting a state-wide rollout from 2023.