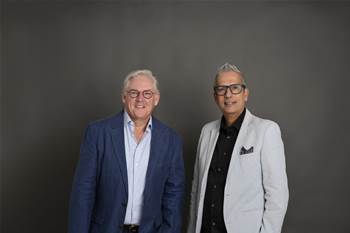 After Singapore stint with Standard Chartered.

Zetaris revealed its key hire in a LinkedIn post, saying that Whiteing would also become an executive director of the company, “effective immediately”.

Whiteing’s appointment will enable Zetaris’ founder and CEO Vinay Samuel to “move to the US to spearhead the company’s international growth.”

Whiteing is well-known in Australia as the former group executive and CIO of the Commonwealth Bank, a role he held for four years but left in June 2018.

He was most recently the group chief operating officer for Standard Chartered Bank, based out of Singapore.

Whiteing was also previously a long-time technology leader for BP and Accenture.

Samuel said in a statement that Whiteing “is a highly regarded business leader whose international experience and strategic mindset will help build on our strong technological platform and respond to the growing demand of our customers for efficient, protected, decentralised data.”

Zetaris chairman Rob McLean added that customers and team members “have much to gain from David’s extensive operational experience in developing technological solutions for numerous organisations across various sectors.”

Whiteing said he is excited by the opportunity” presented by Zetaris.

“The problems we are solving were pivotal issues in my previous roles and the strong customer response to our unique offering at Zetaris is testament to the need for fast, secure, intelligent decentralised data solutions,” he said.

It recently completed a $30 million funding round, which valued the company at “over $110 million”.

The company makes an analytics platform that is designed to work with distributed datasets.