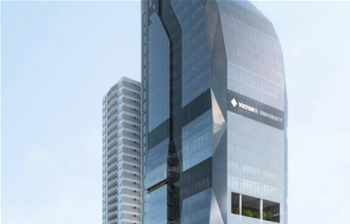 The university said that the academy would be located at its new VU City Tower in the Melbourne CBD, which consolidates previous city campuses into a single location.

VU vice-chancellor Professor Adam Shoemaker said the university “is a partnering institution” of SAP, which it has an existing “23 year-long” relationship with.

“By collaborating with world-leading organisations like SAP, we enrich our educational offering and provide greater career and professional opportunities for learners,” Shoemaker said.

“We are excited SAP has selected VU to deliver this globally recognised program.”

SAP’s president and managing director for Australia and New Zealand, Damien Bueno, said the agreement provided a “face-to-face learning environment” in which to pursue SAP certification.

“Our vision is that the SAP Academy will be used by our customers and our partners to fulfil their training needs and build the capabilities they need to succeed, both now and in the future,” Bueno said.

The vendor has over 150 certifications.

VU also hosts the SAP Next Gen-Lab, which will move into the VU City Tower “and complement the new SAP Academy.” It aims to develop the skills of Masters students.

A spokesperson said there is no set number of places in the academy.