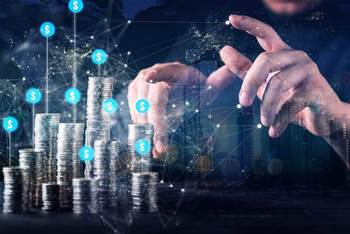 Australia's prudential regulator remains unclear about how to regulate the impact of digital innovations on the financial sector, three and a half years after it first began its deliberations.

Byres said there remain “many plausible scenarios for how the financial system might evolve in response to digital innovation”.

He said in the three and half years since he addressed the same concerns for potential scenarios for how Australia’s financial system could adapt in response to digital changes,  is still “highly uncertain”.

“On the surface, some of the questions we had in 2018 appear to have been answered,” said Byres.

“The digitisation of the Australian and global economies has continued, as consumers and businesses have chosen to rely evermore on mobile phones, digital wallets and online transfers to pay for everyday goods and services.

“No one seriously expects this trend will be reversed. The New Payments Platform arrived to make many electronic financial transfers virtually instantaneous.

“Banks have been forced to respond to innovation occurring around them: for example, offering buy-now-pay-later (BNPL) products in response to the emergence of strong new competitors in the consumer credit space; offering banking-as-a-service to non-banks who are encroaching on their traditional turf as technology lowers barriers to entry in many markets,

“Most recently, experimenting with issuing their own stablecoins in the face of crypto-assets moving from the fringes of the internet towards the global mainstream."

Byres said it was best to not begin “charging ahead pretending we have the answers.”

Rather, he believes the regulatory agenda should be “focused on consumer benefits as much as it is on harm prevention”.

He is also "trying to work with some key principles for good regulatory design”, he said.

This included making regulation technology-neutral, “utilising principles-based regulation wherever possible”, and “working with a whole-of-system perspective”.

That, Byres said, would mean “recognising that many of the difficult regulatory challenges of the future will come precisely because they do not fit neatly within existing regulatory structures and boundaries, and only with a whole-of-system approach can they be effectively be tackled”.

Byres added in the “immediate term, we would like to give regulated institutions more clarity on regulatory expectations” but said “getting the regulatory balance right requires a clear plan, a flexible approach, and a coordinated response.”

“In Australia, we are well on the path to having those important foundations in place.”