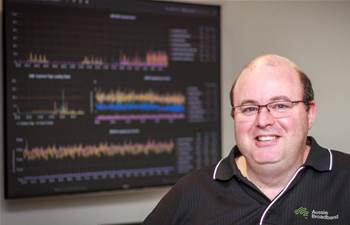 Wants an actual deadline put on the process.

Aussie Broadband has warned the renegotiation of NBN Co’s price model is fast becoming a drawn out and open-ended affair, and that retailers may be forced to act on prices before NBN Co does.

Managing director Phillip Britt sought to inject a sense of urgency back into the process at a presentation to the CommsDay Summit on Wednesday.

At stake is a major renegotiation of NBN Co’s special access undertaking (SAU), which contains price and non-price terms that are meant to govern NBN Co’s existence through to 2040.

In reality, the current SAU has been rendered ineffective by the way NBN Co conducts business, the party that approved it - the ACCC - said this week.

NBN Co is expected to submit a new SAU to the ACCC sometime this month.

It is crucially expected to contain a major change to the way services are priced, with services 100Mbps and above attracting a single flat-rate wholesale fee, in place of the current structure of a fixed fee and a more unpredictable usage charge.

A restructucture of NBN Co’s price model has been on the cards since early 2021, with the ACCC being called upon to lead the process in April last year after the two sides could not reach agreement.

Crucially, even at this time, NBN Co had wanted to delay discussions of major changes to its price model until FY23.

With a revised SAU not yet before the ACCC, and a process that needs to occur after that, it is becoming increasingly likely that the timeline retail service providers (RSPs) had hoped to avoid will be the one they get stuck with.

RSPs wanted to talk about a price model restructure in 2021 - and not 2023 - because the commercial model reselling NBN services was already squeezing them on costs and margin.

That situation gets no better in 2023, and is actually likely to be a lot worse, with Britt telling the CommsDay Summit that “if the ACCC doesn’t get to a resolution before June 2022, retail prices will start to rise in FY23”.

This is based on continued data usage and the growing gap between usage and bandwidth inclusions with plans - a problem RSPs had hoped would be fixed by now by ditching variable bandwidth charges altogether and moving to flat-rate pricing.

Britt noted in a presentation deck that a delay until “at least the end of calendar year 2022” is now almost certain.

“There is no certainty for RSPs that this will be the actual date [for SAU approval] - it could be the end of FY23 or longer,” Britt said.

He added that NBN Co is also putting all its eggs into the SAU basket as a fix-all for pricing-related problems.

NBN Co proposes only to offer flat pricing for 100Mbps tiers and above; lower tiers would still be priced using the same fixed plus variable cost construct used today. Flat prices are also due to increase at a rate of CPI plus three percent for the first two years, and by an unknown quantum after that time.

Britt had initially pressed for flat pricing to be applied also to the 50Mbps tier, which is home to the vast majority of NBN users, arguing that limiting it to 100Mbps and above would constrain the impact.

However, in the interests of keeping the process moving, Aussie Broadband has revised its position: accepting that flat pricing would only be available for 100Mbps tiers and above, but on the condition that NBN Co cut its proposed flat prices.

The quantum of the cuts sought is not quite to the level that Telstra once asked for - a $20 cut across the board, which NBN Co rejected.

It is unclear to what extent they will be palatable to NBN Co, which is trying to maintain its future profitability and mechanisms to be able to do that.

He added that lower flat-rate prices across the board would “further stimulate demand” for higher tier services, which is a stated goal of NBN Co to pursue.