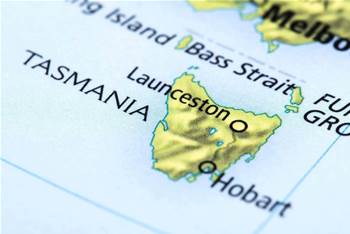 Digital Tasmania has called on the state's government to invest in better connectivity options after cable cuts took much of Tasmania offline on Tuesday.

Damage to cables at Clyde in Victoria, and Doctors Rocks in Tasmania were an unfortunate coincidence, preventing traffic from flowing across Telstra’s Bass Strait-1 and Bass Strait-2 cables, which would usually provide redundancy for Tasmanian data services.

That flowed on to most ISPs offering services in Tasmania, to NBN Co, as well as to airlines, banks, government, and many other service providers.

Some traffic was re-routed over the Basslink cable, so Telstra’s mobile and some other services remained online, along with TasmaNet.

However, the scale of the outage has led to calls for greater redundancy and resiliency options.

Digital Tasmania said the outage was a “wake-up call on the importance of connectivity for Tasmania’s critical infrastructure and everyday communications.”

“The first cable cut in Victoria around 11am went unnoticed by users, but when the second cable was cut in Tasmania around 1pm, almost all digital services in Tasmania stopped working," he said.

"This is because many services are routed through Melbourne or are controlled by servers on the mainland or overseas.”

Without that support, Tasmania often lacked the scale to attract privately-funded infrastructure projects.

Prior cable builders had shown interest in links to Tasmania but been unable to attract government funds.

One project Digital Tasmania would like to see supported is the HyperOne cable project, which is backed by Bevan Slattery.

Slattery wrote on LinkedIn yesterday that "HyperOne is able to offer two new paths into Tasmania with a first express subsea path between Sydney and Hobart."

While HyperOne has nominated Hobart and Launceston as targets for its fibre, its current build only covers Sydney, Canberra and Melbourne, leaving Connor concerned that without government support, those plans won’t come to fruition.

“They need a focus on reliability,” he told iTnews.

Digital Tasmania said other projects on the drawing board, such as the Hawaiki Nui fibre project, could be drawn to the island with the right support.

Similarly, communications fibre could be laid with the planned Marinus Link electricity interconnect, if a proposal and/or funding was forthcoming.