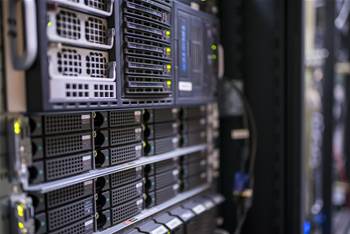 Ahead of the start of the caretaker period last week, the department issued a request for quotation to develop a transition strategy for the government-wide mainframe supported by DXC Technology.

It comes as the government prepares to exit the hosting services business by 2023, as revealed in last year’s digital strategy.

The mainframe – one of several in line for decommissioning – hosts the government’s Masterpiece financial system, as well as a range of legacy systems on behalf of other agencies.

Other agencies include SA Police, the Courts Administration Authority and the departments of Attorney-General, Child Protection and Correctional Services (DCS).

With mainframe skills on the decline, the department is keen to understand whether it will be able to decommission the mainframe when DXC’s support agreement expires in August 2024.

“Mainframe technology is no longer contemporary, and government agencies are moving to more modern application platforms,” it said.

“The skills to maintain mainframe legacy systems are not contemporary, therefore are increasingly difficult to attract and retain.

“There is significant risk to supporting existing legacy systems as people retire.”

Tender documents show the department is looking to “identify options for mainframe application modernisation”, including an assessment of options for both the short, medium and long term.

“Each option should be assessed based on value for money, feasibility, risk, and alignment to strategy,” it said.

But the department is also concerned that agencies that have been funded to replace legacy IT systems in recent years will not be able to transition in time.

“There is risk that [systems] will not be able to transition off the mainframe prior to the expiry of the [contract],” the department said.

The DCS, for instance, is currently replacing the state’s existing justice information system (JIS) with a new iSAFE integrated offender management system, which will be rolled out from 2023.

The department has asked that the strategy “consider the risks and dependencies of existing projects relating to the mainframe” and be focused on “whole-of-government outcomes”.

“If decommissioning is the recommended option, then a plan for this will be required to be provided as part of the report,” it said.

DXC Technology (and HPE before it) has held the mainframe services contract in various forms since 2006, while EDS – bought by HP in 2008 – held the contract the decade prior.

The current five-year, $52.5 million contract, which saw DXC upgrade the mainframe environment, is set to expire in August 2024.