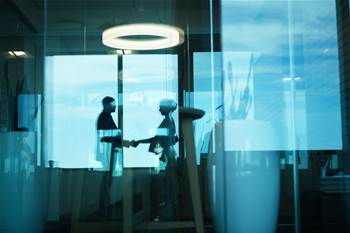 Platform to be used by at least 40 agencies.

Accenture has won a $163.7 million deal with the NSW Department of Communities and Justice to deliver a single enterprise resource planning (ERP) system for four initial state government clusters.

The contract for the first phase of the government ERP systems consolidation known as the Process and Technology Harmonisation (PaTH) program was revealed by the department last month.

It comes more than two years after the Secretaries Board first endorsed the consolidation of ERP systems at five clusters, and the Department of Customer Services began initial scoping work.

But as reported by iTnews, the Communities and Justice department recently assumed responsibility for the project, with Customer Services now not expected to take part in the first phase.

As revealed in the mid-year budget update in January 2021, the project has been funded to the tune of $187.3 million over four years from 2020-21, which has been sourced from the Digital Restart Fund.

A spokesperson for Communities and Justice told iTnews that Accenture was selected to “assist with the planning and rollout of the single ERP system” following a multi-stage tender process.

According to the NSW government etendering website, the seven-year contract was the result of a limited tender.

The spokesperson, who characterised the procurement process as “competitive”, would not say how many suppliers were approached for the tender or how many made submissions.

The contract with Accenture relates to ‘horizon one’, the first of three horizons that will consolidate shared services operations and ERP systems across government.

Horizon one will deliver an ERP platform and operating model for up to 40 agencies across the clusters of Stronger Communities, Planning, Regional NSW and Premier and Cabinet.

Future horizons are expected to be identified through future business cases, meaning the Customer Service cluster could still become part of the consolidation effort in the future.

Customer Service last year emerged from its own shared services transformation of sorts, having replaced its Unisys-led GovConnect program with a new ‘best of breed’ IT service model.

Accenture has won a series of lucrative government IT deals in recent months, particularly at the federal level.

In September, the firm scored a $60 million deal to digitise incoming passenger cards and collect information on the vaccine status of international travellers.

It also recently picked up $53 million in contracts to enhance and continue support for the My Health Record system and a $31 million contract for single business register consolidation.