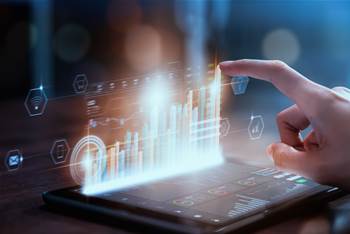 More than $3 billion was spent on IT through the federal government’s Digital Marketplace in nine months last year, as agencies increasingly look to the buying channel to source digital products and services.

iTnews can reveal that total contracts through the marketplace sat at just shy of $6.8 billion at the end of December 2021, almost double the reported figure of $3.4 billion in March 2021.

Around $2.9 billion worth of contracts appear to have occurred over a six-month period, with the figure climbing only marginally after a figure of $6.3 million was reported in October 2021.

By comparision, the marketplace – which was established in August 2016 to make it easier for small and medium enterprises to win government work – took more than three years to reach $1 billion in contracts, and hit the $2 billion milestone six months later in July 2020.

A spokesperson for the Digital Transformation Agency played down the upturn, saying the rise was due to an “overall increase in requests for quotes and signed contracts”, without elaborating.

According to the DTA’s latest annual report, there was “significant growth in overall usage” in 2020-21, with “more agencies turn[ing] to the marketplace as their preferred sourcing method”.

But with the explosion in the use of consultants and contractors across government in recent years, it is unclear whether the increase is solely down to agencies using the marketplace more frequently.

According to the most recent Digital Marketplace insight report, 72 percent of all briefs posted by agencies are to source digital specialists, which explains why the top ten 'sellers' are all recruitment and consulting firms.

Software engineering and development and agile delivery and governance are the two biggest categories of work, accounting for 4086 contracts since the marketplace was established in 2016.

The increase in spending through the marketplace is significant given overall federal government IT spending was last estimated at between $9 billion and $10 billion a year in 2017.

While this has likely climbed since, particularly with the need to source talent as workloads increased in the wake of the pandemic, the DTA has not released an up-to-date estimate in recent years.

Since the last concrete estimate, the NSW government, which is considerably smaller, has seen its IT spending increase by at least 25 percent, from $3.08 billion in the 2017-18 financial year to $3.99 billion in 2020-21.

Analyst firm Gartner has forecast an 8.8 percent increase in total government IT spending across Australia in 2022.