DTA loses half its leadership team to Defence, Services Australia 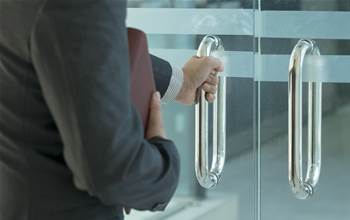 The Digital Transformation Agency has lost two of its most senior executives ahead of the New Year, as the fallout from the drastic restructure of its digital delivery responsibilities in 2021 continues.

Alexander was one of the DTA’s longest serving employees, having joined its predecessor, the Digital Transformation Office, just before it morphed into a full-blown agency in October 2016.

He worked under four CEOs, including Paul Shetler, Gavin Slater, Randall Brugeaud and, most recently, Chris Fechner, and the various versions of the DTO and DTA that each represented.

Alexander spent most of his five years at the DTA as the federal government’s chief digital officer – a role that no longer exists, at least in name – before becoming deputy chief in December 2020.

He brought significant expertise to each role, having spent five years as Treasury’s chief information officer and seven years at the Department of Finance, including in the Australian Government Information Management Office (AGIMO), prior to joining the DTA.

According to LinkedIn, Alexander has now become ICT delivery division first assistant secretary in Defence’s CIOG Group – a role that sat vacant during the second half of this year.

Thorpe, who joined in January 2018 after eight years at the Australian Taxation Office, spent much of his four years at the agency looking after the government’s digital identity program.

He also oversaw the myGov overhaul until the DTA was stripped of the responsibility, and worked brief stints as acting government chief digital officer and DTA acting chief strategy officer.

Both departures follow a significant restructure prompted by a machinery of government change in April that saw the DTA shift back to the Department of Prime Minister and Cabinet.

The restructure has seen the agency cede digital delivery responsibilities to Services Australia and the ATO, but has in turn assumed responsibility for the ICT investment approval process.

“It has ceased being a builder of tech and is now the lead agency for digital and tech strategy, architecture, policy, process, procedures and procurement,” he said during an address in Canberra.

With the departures of Alexander and Thorpe this month, only one GM remains in the DTA's small leadership team: digital strategy, standards and policy GM Lucy Poole, who has been at the agency for more than four years.

Other recent departures from the leadership team include chief strategy officer Scott Cass-Dunbar, who became a senior ministerial adviser for data, digital and transformation in October.

Cass-Dunbar joined the DTA in May 2020 after 10 years at KPMG Australia, which included almost four years as technology and government advisory partner.