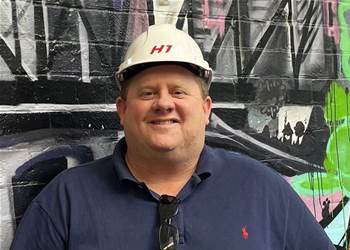 The loop will connect Sydney, Melbourne and Canberra, which HyperOne said was “Australia’s ‘cloud alley’”, and is expected to be finished by December 2022.

The entire project is for a much larger 20,000km fibre backbone with national reach and an expected completion date in 2024.

Slattery said in a statement that phase 1a “of construction will form the foundation of the project as we push the cloud to other capital cities and parts of regional Australia that also require greater connectivity.”

HyperOne said it would source 7600km of fibre for the first phase of construction from Australian-based manufacturer AFL Global, which has a factory in Melbourne.

“The cable will have three layers of protection including a termite-protected sheath, rodent-protected inner sheath and a non-metallic armouring to provide even more protection from Australia’s harsh soil conditions,” Slattery said.

AFL’s CEO for A/NZ Tony Dunstan said that having the cable manufactured in Australia is “a great vote of confidence not only in our business, but [also] in [Australia’s] domestic manufacturing sector.“

Last month, HyperOne doubled the number of “on- and off-ramps” it had planned for the network to “more than 2000”, meaning more regional communities will have a direct connection.