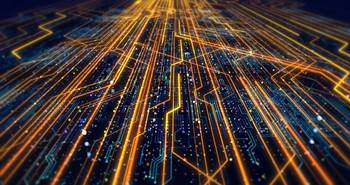 After multiple reviews and inquiries.

Australia is set to make changes to the regulation of cryptocurrency, creating stronger protections for investors and greater obligations on exchanges and related businesses.

In a strategy [pdf] released yesterday, Treasurer Josh Frydenberg said the government's planned "cryptocurrency asset reforms will firmly place Australia among a handful of leading countries in the world."

By mid-2022, Frydenberg committed the government to set up and complete a consultation "on the establishment of a licencing framework for digital currency exchanges to provide greater confidence in the trading of cryptocurrency assets."

In the same timeframe, it will also consult "on a custody or depository regime for businesses that hold cryptocurrency assets on behalf of consumers so that investors have greater confidence in the safe keeping of these assets".

And it will examine the issue of "de-banking" of cryptocurrency businesses from traditional banking services, whereby banks cut or refuse services to businesses, deeming them too high-risk to deal with.

By the end of 2022, the government said it will conduct a "mapping exercise of existing cryptocurrencies and tokens to better inform consumers and others of the risks and benefits that arise."

It will also examine ways that "so-called decentralised autonomous organisations (DAOs) ... can be incorporated into Australia’s legal and financial regulatory frameworks" and take further steps to test the "feasibility of a retail central bank digital currency (CDBC) in Australia."

A CDBC would be similar to a digital version of cash that is universally accessible to all Australians.

The moves come as a result of multiple parliamentary processes and reviews, including the Australia as a Technology and Financial Centre committee which tabled its findings in October.

The committee recommended establishing a "market licensing regime" for digital currency exchanges plus new rules around custody of digital assets, similar to regulatory environment on par with the likes of Singapore, the US and UK.

The government's moves were welcomed by established industry players.

“We have been calling for regulatory oversight of the domestic digital assets market ever since we saw a renewed surge in demand for bitcoin and other cryptocurrencies,” BTC Markets chief executive Caroline Bowler said in a statement.

“It's great to see that the gaps in Australian regulation relating to digital financial products and the exchanges who support them are being finally addressed at the highest level of authority, and the Coalition government is not shying away from the big issues surrounding cryptocurrency, payments and de-banking.

“What's more encouraging is that we now have a timeline for these reforms to take place, which we didn't have before.”

The reforms were also announced on the same day as the Reserve Bank of Australia (RBA) finalised its wholesale central bank digital currency (CBDC) project [pdf].

A wholesale CBDC was designed to facilitate payments between the RBA and other financial institutions using distributed ledger technology (DLT).

The RBA began the joint project in late 2020 in collaboration with CBA, NAB, investment group Perpetual and US software company ConsenSys, and took advice from King & Wood Mallesons.

Assistant Governor for the financial system Michele Bullock said that participants had been able to advance their knowledge through the project.

“The bank will continue its research on CBDCs as part of its strategic focus area on supporting the evolution of payments,” Bullock said.