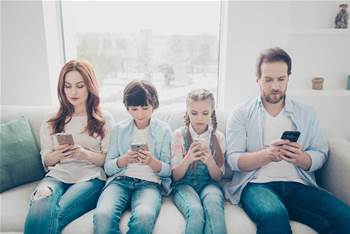 While it comes up with a permanent strategy to bridge the digital divide.

Federal Labor has pledged to fund an NBN service for 30,000 families currently without a home internet connection for a year, while a longer-term strategy is created.

The party’s second NBN-related pre-election announcement sought to address an issue that has been present in NBN and regulatory circles for some time: the issue of broadband affordability and universal access.

Labor leader Anthony Albanese said that the party, if elected in 2022, would offer “some 30,000 families with no internet at home ... support for a 12-month period”.

“Then, during that period, we will undertake further work and consultation about how we can make sure that no child is left behind going forward,” he said.

Shadow communications minister Michelle Rowland said the 30,000 families would be sourced by examining data from state education departments, mirroring a scheme run by NBN Co during the onset of the pandemic last year.

The families would ultimately be assessed for eligibility by NBN Co, which would then engage with a retail service provider “and enable that one-point connection for that affected family to ensure that they receive their internet,” Rowland said.

Rowland acknowledged the effort of NBN Co during the early stages of the pandemic but said the scheme experienced “a relatively low take-up rate in that instance”.

“I think there's a great opportunity to build on that, and we should get a much clearer idea about how many families are affected today,” she said.

Rowland said that Covid had “exposed the depth” of a digital divide in Australia, citing stories “of people needing to park outside free wireless areas just to download the school structure for the day so their children could do remote learning.”

“So, our proposal here today is to provide access to those families to the internet via the NBN.

“This will be done on a commercial basis with the NBN giving rebates to a designated service provider, and indeed, [by] building on some of the efforts that the NBN Co and the carriers made during the pandemic."

Several industry-led and regulatory processes have examined - or are continuing to examine - the potential for an NBN product for low income families, but discussions have previously been delayed or not resulted in an outcome.

Part of the issue is that industry believe the issue should be government-led.

Earlier this week, Labor pledged to spend $2.4 billion to expand a fibre overbuild scheme for the fibre-to-the-node (FTTN) portion of the NBN, while keeping NBN Co in public hands.