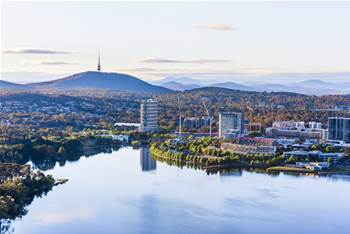 Podcast: CDO wants more consideration given, and earlier, to technology.

The ACT government is investigating ways to consider IT earlier in policy development processes to maximise its limited budget and its use of common platforms.

In this week’s episode of the iTnews Podcast, chief digital officer Bettina Konti discusses the territory's future from an IT standpoint.

While the government is already maximising common platforms where possible, Konti said there was still a need to “get technology just being a natural by-product of a policy decision”.

“Technology needs to become embedded into the lifecycle of how we do business in ACT government. At the moment, it isn’t. It’s a bit of an afterthought,” she said.

“We do the business of government and then [look at] what technology we will need for that, and... by the time the policy decision is made and it’s been announced, everyone’s in a hurry to get it done.

“If you don’t think about the technology until that point, then your only options are to implement what you’ve already got.

“What we’re trying to get to [is a position] where there’s a lot of pre-thinking that we’ve done together as a cohort with CIOs so that when new policy priorities are proposed, we’re ready.”

Konti said such an approach will also help as the ACT looks to address its legacy sprawl with its limited budget for IT.

“We know that, like a lot of jurisdictions, we’ve got a lot of legacy that we are going to need to churn through over the next two, three, five and 10 years,” she said.

“[But] how we churn through that legacy is going to be key for us in terms of how we use the limited government budget that we’ve got, being such as small jurisdiction, for absolute maximum value.”

Better strategic planning will also allow the government to find extra uses for common platforms such as the ACT digital account, which gives Canberrans access to a number of ‘tell us once’ services.

“Technology investment needs to be a consideration that is far, far further up the [budget] cycle, in order [fur us] to be able to gain that maximum utility from the technology,” she said.

“Good policy is implementable, and the way that we implement policy these days more and more is through technology solutions that work with people and process.”

One of the ways the government is looking to ensure IT is considered earlier in the policy development process is through the creation of a business architecture.

The architecture has been developed by the Digital, Data and Technology Solutions (DDTS) Group within the Chief Minister’s Directorate to identify common systems capabilities.

Konti described the architecture as “a really important piece of [the] puzzle”, allowing decision-makers to understand who in government maintains the 2000-plus applications in its landscape and to identify gaps.

“Government budget processes tend to focus on a specific program or a specific outcome that they’re seeking to deliver at a particular time, and we need to get a lot smarter as the technology people in ACT government to be able to connect that to system capability or patterns,” she said.

“So is this particular government measure going to require a case management capability, for example?

“Is the implementation of this policy direction going to impact on the community in the way that they’re going to need to interact with government? How much of that interactions is able to be done online and digitally?

“Do we need to know who they are? We can reuse the digital account. Is it just information that they need to seek and maybe eligibility criteria? Well, we’ll reuse the website that we’ve got for that.”

Konti said that DDTS is now working its way through the roadmap for the architecture and already “has done some thinking and some early concept design about how we might go about doing that”.

She said that this would ensure that “when the next government priority comes down the path, it might be an opportunity to start to create some of the capabilities that we don’t already have in our kit bag”.

Konti added that while the creation of the business architecture went some way to addressing concerns raised in a 2019 audit that found a need to improve IT strategic planning, the DDTS “would have done so anyway”.