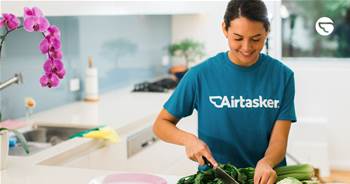 Airtasker has found its first ever chief product officer with the appointment of Patrick Collins.

Reporting to Airtasker co-founder and CEO Tim Fung, Collins will lead product management and design plus assist the customer operations teams to scale globally, particularly across the US and the UK.

“As a member of Airtasker’s executive leadership team, Patrick will ensure that all product teams understand and are aligned with the overall strategy, and are optimising their work," Fung said.

“I’ve been personally leading our product vision but now excited to be working alongside Patrick to take this up a level."

Fung added Airtasker “ran an extensive search for this role”, seeking someone with “proven international experience, an entrepreneurial mindset and who was a strong culture add.”

“Patrick brings to Airtasker more than two decades of product leadership experience developed in leading Silicon Valley and Australian technology companies including 5th Finger and Zip Co, so we're very excited to bring him on board as we scale internationally and continue to invest in a world class customer experience," Fung said.

Over the course of his career, Collins has founded multiple tech startups in the US and has led numerous technology teams across his career.

While based in San Francisco, Collins founded mobile solutions company 5th Finger before it was acquired by customer relationship management firm Merkle in 2012.

From here Collins joined the Merkle team as senior vice president of customer experience products for just over two-and-a-half years.

He then started the Aussie Founders Network whilst still based out of Silicon Valley, aimed at supporting Australia’s global tech presence, before leaving in 2017.

“[Collins] was known earlier in his career as the founding technical member of Fairfax Digital,” added Fung.

Zip Co is currently well underway in its own search for a new chief product and technology officer with expectations a candidate will be found before Christmas.