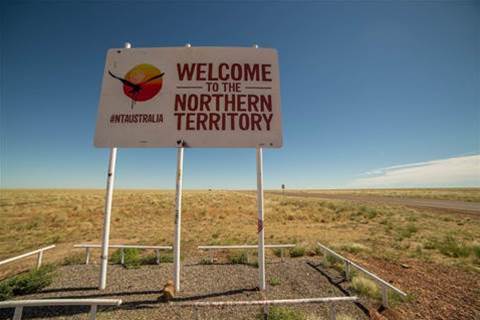 The NT government unintentionally accelerated its digital transformation when it developed a suite of applications for border control and contact tracing at the height of the pandemic.

C19C is an integrated suite of compliance tools developed by the government in “record time” in response to Covid-19 to handle border control, contact tracing and health information management.

While the work came at the expense of longer-term initiatives that were prompted by the budget repair plan, particularly around enterprise architecture, it was able to be leveraged down the line.

“It really hung together really well, and it was quite a complex assembly of platforms, capabilities, applications, APIs, data structures and so on,” Perrin said.

“What we found, because we had some very smart people working on it, [was] we were able to reuse those patterns for other similar functions.

“We’re reusing the patterns ... when we design smart forms and APIs and those sorts of things.”

Perrin said some of the patterns had been reused for the Can Do territory portal, which was introduced in February to make it easier for business to interact with government.

The portal was endorsed by the Territory Economic Reconstruction Committee last year as a way to improve business conditions.

“We were able to really leverage that emergency situation and actually take these things and not use them just as a point solution but also roll them into our strategic solutions,” he said.

The portal is considered a precursor to citizen-centric digital services, which the government has been lacking to date.

But much like the WA government, the NT is waiting to address the issue of digital identity before it can “do that properly”, Perrin said.

“We need digital identity before we can join up our services, streamline our interactions and automate a lot of our processes, and so on,” he said.

The government is currently exploring how it “might design a digital identity system or exchange or set of capabilities for the territory” and that would work with the federal government's trusted digital identity framework (TDIF).

Perrin said a consultancy had been engaged to provide advice on some of the existing tools and platforms to understand whether they’re fit-for-purpose.

“We’ll probably end up modernising some that, but at the same time we’re already looking at the systems that we’re building now so that they will plug into… an identity interface,” he said.

Digital offerings are not expected to be the same as other jurisdictions, however, due to the composition of the NT’s population, which includes some of the most marginalised communities.

“We need to make sure that we have analogue or in-person services… continue to be available,” he said, adding that digital services would augment this, at least initially.

“While we might not have a single website or a one-stop shop, there’ll be a sense of there [being] a front door and there’s really no wrong door.”

The government is also continuing to mature its data management and data standards capabilities, as well as orchestration across its legacy backend systems.

It is expected to endorse a five-year plan by the end of 2021 that will outline its digital government transformation priorities over the next five years.