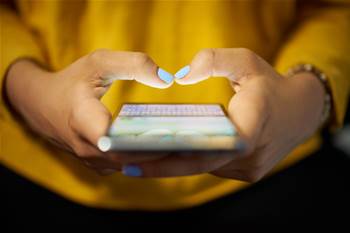 The federal government is weighing whether it needs additional legislation to give telcos the power to block malicious text messages en masse.

Home Affairs boss Mike Pezzullo told senate estimates the issue is being “looked at… with some urgency”, with discussions underway with the telcos.

But he said it was not yet clear whether the existing definition of the use of carriage service to cause a criminal offence will suffice or if new legislation will be needed.

“I don’t want to be too prescriptive here because these are matters of law here, and we’re still working through the legal issues with our colleagues across government,” he said on Monday.

“But under the Telecommunications Act section 313 there might be a possibility for the telcos to act as an authorised blocking agent.”

Pezzullo said that while section 313 might be applicable, there were still “some complexities” to work through there “because there has to be a nexus to an offence”.

“So ‘click this link’ may itself not be an offence, in which case our advice to government in due course might well be that legislative change is required,” he said.

“But the act of clicking might create a nexus to an offence. That offence might be identify theft, fraud etc.”

Pezzullo said the question of “whether use of a carriage service to get you to click on a link itself constitutes the offence” or a subsequent action is currently begin looked at by general counsel.

“I think we’re getting closer to a view with our legal colleagues,” he added.

Strategy and national resilience deputy secretary Marc Ablong, who was also appearing at estimates, said conversations with the telcos are also of a technical nature.

“The nature of the conversations we’re having with the telco sector at the moment is, do they have sufficient information at scale to be able to block this whole class of these spam messages,” he said.

“So as you know, if you receive an email that’s a scam email you can send it to [ACCC] Scamwatch, and they then can block the specific internet service provider address associated with that email.

“Now, do you have to do that with every one of the spam SMS’s you get… or can you do it [at] scale by saying, 'This class of SMS that looks like this should be blocked'?”

Ablong added that there is also the added challenge in distinguishing scam messages from genuine ones.

“So part of the challenge for the telecommunications companies, as well as ourselves, is to be able to define the attributes of the SMS message in a way that… block[s] the bad ones,” he said.

Earlier this year, Telstra through its ‘cleaner pipes’ initiative said it was already blocking up to a half a million scam calls on its busiest days using a new automated platform.