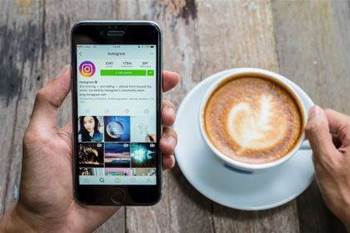 The government is proposing to create an online privacy code that would bind operators of social media and other online platforms with at least 2.5 million users, as well as data brokers, to stricter rules around obtaining consent and handling personal data.

Attorney-General Michaelia Cash released an exposure draft [pdf] for amendments to the Enhancing Online Privacy and Other Measures Bill 2021, which she called “landmark privacy legislation to protect Australians online.”

Cash also said that the changes, if passed, would “ensure that Australia's privacy laws remain fit for purpose in the digital age.”

It would be up to industry in the first instance to try to develop an online privacy code that is acceptable within the bounds of the legislation.

However, if the draft code didn’t pass inspection, or a suitable one could not be otherwise sourced, then the Australian Information Commissioner could write one themselves.

The code would only become a “legislative instrument” if it were registered by the commissioner, according to the exposure draft.

“The large scale collection of and trading in end-users’ personal information can escalate the harm arising from a privacy breach, and makes it difficult for users to be confident that their privacy is being protected,” the statement reads.

Consultation on the online privacy bill changes closes on December 3.

Digital rights ‘thinktank’ Reset Australia was unkeen on the prospect of industry - and particularly Facebook - having any influence on the drafting of the code.

“There’s a long way to go between this groundbreaking bill, and the code it paves the way for,” Reset Australia’s data policy director Rys Farthing said in a statement.

“Given what we know about social media companies, the prospect that they might be involved in the first drafting of this code is worrying.

“It would be appalling if Facebook, or any industry representative bodies they work with, were to have the first opportunity to draft the very code that is meant to protect children from them.

“It would be nothing short of irresponsible to allow them to draft this code.”

The government also unleashed a mammoth 217-page discussion paper [pdf] on reform proposals for the broader Privacy Act, with a call for initial responses by early January 2022.

This is part of an ongoing review process; however, iTnews was unable to process the large amount of information contained in this paper at the time of publication.