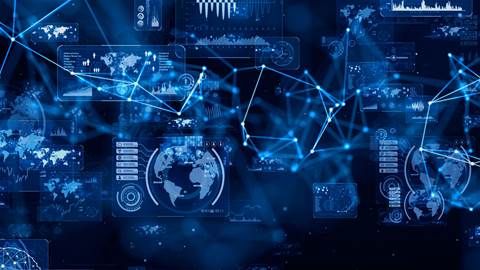 Why network detection and response technology is becoming a go-to tool.

NDR (network detection and response) technology is rapidly becoming the weapon of choice in the ongoing fight against enterprise-wide security breaches. As the number of attacks rises globally every year and hackers become increasingly sophisticated, NDR and its early detection offers the best security infrastructure defence for C-suite IT executives and network and security managers.

As any security decision-maker will know, data breaches can be extremely expensive both in time and money. In fact, the average cost of an enterprise data breach in 2021 was $US4.24 million, according to a recent IBM report.

Moreover, hackers and their methods are more sophisticated than ever and cybercrime continues to cost businesses over a trillion dollars annually, placing more pressure on your network and server security.

Yet despite increased spending on network integrity, the average time it takes to detect a system breach is still 207 days, and that’s for financial services companies, which are generally more security conscious than their enterprise counterparts. That means hackers have all the time they need to break in, target their attack and get out again, with little or no visibility.

At the same time, rules and signature-based detection methods are increasingly proving ineffective against a large, well-orchestrated attack, evidenced by a number of high-profile global incidents over the past few years. The challenge is also compounded by the ever-increasing amount of global communication being encrypted, making it extremely difficult to monitor and inspect that traffic.

All of this comes amidst a massive and possibly permanent shift in the workforce thanks to Covid-19. The workplace has become increasingly decentralised and that in turn is driving a proliferation of new remote endpoints that need protection.

So how safe are your existing security systems, how up to date are they, and how could your enterprise benefit from an NDR security environment?

Companies like to think that their firewalls and end-point technologies will solve all their existing security issues, but firewalls are only a barrier to what they see. A firewall doesn’t see traffic inside networks, nor can they gain full visibility over external VPNs connected to networks and servers, and other third-party devices operating inside an overall enterprise IT infrastructure.

They only detect what you tell them to, denying them a full sweep of visibility and potentially leaving gaping holes in your system. Additionally, human error and misconfiguration can cause further weakening of what is often already a fragile security set-up.

NDR detects threats before they do serious damage by monitoring all traffic and applying advanced data analysis. It support rapid investigation, internal visibility and threat detection across on-premises, cloud, and hybrid environments., and unlike existing intrusion detection systems, it also provides a comprehensive and targeted response to malicious activity across your entire enterprise including activity inside the network perimeter (the east-west corridor) and externally (the north-south corridor).

Artificial Intelligence, or advanced machine learning, makes it possible for NDR to process unprecedented amounts of data for early actionable insights. No attack happens in complete isolation. Network attacks leave footprints and this evidence is vital for early remediation – it’s a lot cheaper and easier to repair an early attack than one that has had infiltrated your network over weeks or months.

NDR, which has evolved from network traffic analysis (NTA), effectively uses the network as the key data source for its own security. The addition of AI and behavioural analytics, however, has provided a key breakthrough, allowing for the dissemination of vast amounts of historical metadata for rapid and targeted response.

With the use of behavioural analytics, NDR can then detect both known and unknown attack patterns and use the data to forensically investigate an attack in real time, even if the perpetrator hides behind encrypted traffic.

NDR also serves as a missing security pillar for effective detection and response as described in Gartner’s SOC Visibility Triad, while its unique capability to continuously assess the effectiveness of other security tools such as up-to-date policy and correct configuration enhance its ability to block both external and internal threats.

Network breach detection and response tools remain the best defence against attacks and network visibility is at the core of NDR technology. Attacks can originate from anywhere and involve anything from past employees using VPNs with unauthorised access to networks to malicious devices and traffic on servers that cannot be readily detected using conventional cyber security tools. Security holes may exist for any number of reasons but given that many of your employees won’t even know if they’ve been hacked, the mindset of those in charge of security should not be ‘if’ but ‘when’.

This is why NDR is quickly becoming the go-to technology in the fight against what is now over 500,000 variants of malware, according to some estimates. Nobody can claim to detect them all, but advanced machine learning has taken its rightful place at the forefront of this battle.