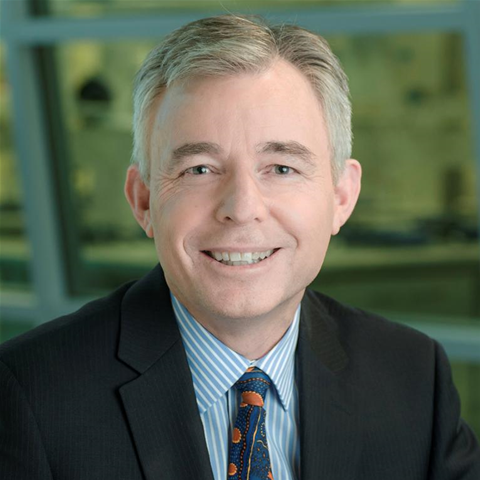 Sherlock, who also holds responsibility for the Adelaide-based university’s library, will step down from the position at the end of this year.

UniSA has now begun looking for a new “high-impact technology executive” to take the reins leading the information strategy and technology service unit.

Sherlock joined as UniSA’s director of information strategy and technology services in September 2001, a role he held until becoming the university’s first CIO in February 2013.

He also doubled as the university’s project director for the federal government funded National Research Network project between September 2011 and June 2017.

Prior to joining UniSA, Sherlock spent almost 12 years at the then Defence Science and Technology Organisation (DSTO) and 10 years at BHP.

Speaking with iTnews, Sherlock described the fundamental changes to the importance of technology for the university during his tenure, with digital moving from the periphery to business-as-usual.

He said that with digital pervading every aspect of life, students – like customers in any business – now have “continually increasing expectations of what you can deliver for them”.

Most recently, the university has focused on maintaining service delivery for its students and staff in response to Covid-19 by ensuring they could continue to learn and work from home.

“That’s translated into supporting students to increasingly study online and, early on, increasingly from overseas,” he said.

But Sherlock said that while its “been a pretty busy time”, having a blended delivery model prior to the pandemic meant that the university was well-placed to shift to a full online delivery model.

“We largely had the tools and the infrastructure to do it. All we had to do was increase some of our capacities [on virtual private networks] fairly quickly,” he said.

“But that was easy enough to do. The degree of digital we already had in our business enabled us to make some of those transitions.”

UniSA is also continuing to build what Sherlock described as a “360 degree view of students” based on Oracle software that will consolidate information from their freshman year to graduation.

“We have now got to that threshold of having a fairly consolidated picture of a student’s interactions with the university, which we want to be able to use to drive the best customer experience,” he said.

Sherlock also said UniSA has boosted its cyber security team and is increasingly looking to embed security in “every part of its operation” in response to the rise in threats during the pandemic.

“You can’t just have a small team of three or four sitting to the side saying, you know, ‘our role is cyber’,” he said, adding the university is continuing to look for a chief information security officer.

Sherlock now plans to spend more time with his growing family, while continuing his work sitting on several boards, including at St Peter’s Girls’ School.

“I’m going to continue doing those things because I want to give back to the general community. I feel like I’ve been given some opportunities in my time which I’ve greatly appreciated,” he said.

“I leave very pleased with what I’ve been able to do and on really good terms with the university, and hope to be able to continue to be associated… in some way going forward.

“It’s a great role, and give you lots of opportunities to make a lot of change in a sector which is undergoing dynamic change.”