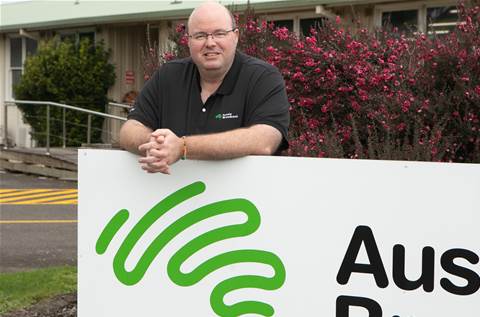 The retail service provider said that its excess usage bill would have been even higher - an estimated $5.1 million - for the three months to the end of September, had it not been for rebates from NBN Co and a ‘windfall’ of sorts from an NBN pricing promotion.

However, managing director Phillip Britt said in an ASX filing that the numbers supported the internet industry’s repeated calls for financial relief, similar to that offered throughout much of 2020.

NBN Co and its five main retail service providers (RSPs) have been at odds throughout 2021 on the extent to which RSPs bear the increased costs of supplying broadband services while several states are in lockdown.

NBN Co has notably disputed the RSPs’ usage and cost numbers, and offered only a partial offset in the form of a rebate.

Aussie Broadband said that bandwidth - called connectivity virtual circuit (CVC) - management during the past three months “was extremely challenging due to the ongoing lockdowns in Victoria and NSW.”

“National usage increased by 15 percent when compared to pre-lockdown levels in May 2021,” the retailer said.

“Total CVC expense for the period was $3.3 million, an increase of 137 percent on the previous quarter after accounting for NBN relief and increased inclusion benefits from NBN’s Focus on Fast campaign.”

Aussie Broadband said it qualified for $800,000 in rebates from NBN Co in the period.

However, most of its ability to offset increased CVC costs came from a strategic move outlined to iTnews in August, whereby Aussie Broadband offered its customers a discounted transfer to a higher-speed plan, which comes with greater CVC inclusions.

As CVC is ultimately a pooled resource, Aussie Broadband indicated at the time that the upgrades could leave the company with some excess capacity that could be used to offset the need to buy more CVC to meet its overall requirements - and it appears that did eventuate.

“This action reduced the overall CVC expense for the quarter by an estimated $1 million, and will continue to reduce overage expense during [the second quarter].

“Had the company not proactively migrated customers under the Focus on Fast campaign, and had NBN Co not provided relief during the period, total CVC expense for the quarter would have been an estimated $5.1 million, an increase of 264 percent on the previous quarter.”

Aussie Broadband said that elevated bandwidth charges are expected in the last three months of the 2021 calendar year as well, despite lockdowns lifting.

The company said that “a reduction in usage has been observed” in NSW since restrictions were eased.

However, the company argued that NBN retailers generally were unfairly bearing the costs of the lockdowns, where NBN Co could reasonably assist further.

“In essence, Aussie Broadband believes that retailers are bearing an unfair proportion of the Covid lockdown driven network costs, and NBN Co should be doing more to support Australians during this difficult period,” it said.

“To be clear: Aussie Broadband believes NBN Co is earning additional CVC overage revenue as a direct result of the lockdowns, whilst incurring little to no incremental cost for providing this additional capacity.”