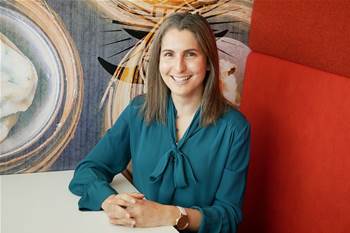 As Caroline Niewiarowski-Fish joins the team.

As Lotterywest’s new CIO Niewiarowski-Fish will be responsible for delivering and managing the technology requirements of the organisation and for developing digital lottery gaming solutions for the state's players.

A Lotterywest spokesperson said that previous CIO Christian Rasmussen left in February this year to join the state's Department of Health as its CIO.

“Ms Niewiarowski-Fish loves technology, but is also passionate about complementing human relationships with technology and hopes to bring out the best in the team and harness the opportunities available," the spokesperson said in a statement.

Officially joining in September, Niewiarowski-Fish said her new role is “an opportunity to work out what is going to be best for Lotterywest and striking the balance between being bleeding edge and cutting edge.”

Niewiarowski-Fish joins Lotterywest from the WA government after two-and-a-half years managing IT projects as service delivery director of the Department of Finance.

A WA Department of Finance spokesperson said an “interim internal appointment” has been made while the search is underway to fill Niewiarowski-Fish’s former role.

Prior to this, she was the business systems associate director for six years with the WA Department of Training and Workforce Development, spending over eight years in total with the department.