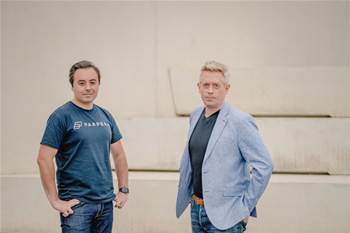 Money management platform Parpera is set to launch Australia’s first banking-as-a-service (BaaS) product with the release of its new app, and offer deposits through partnership with Railspay.

Parpera, which means “fair wallet” in Latin, will provide self-employed Australians with tools for invoicing, cash flow and tax reporting, as well as access to bank accounts and business debit cards through neobank Volt and Mastercard.

It has partnered with open banking API and a BaaS platform Railsbank, trading locally as Railspay, to gain access to Railspay’s embedded finance features in Australia before launching globally.

Slated for release in the coming weeks, the app could beat competing financial management apps such as Money by Afterpay – which is expect to launch in November – to market.

Parpera founder and CEO Daniel Canizzaro said while the app has been live in app stores since August, “anyone with an ABN can sign up to the waitlist” to access the banking services when they become available.

“We've started onboarding our family, friends and investors that will soon move on to the waitlist public in the next couple of weeks,” Canizzaro told iTnews

He added the app was built by Parpera’s internal team on Amazon Web Services Amplify Flutter with “a .NET core backend”.

“Parpera specifically focuses on business owners. What we like to say is that we're a very transparent proposition that helps people set up, manage and grow their business in today's digital economy.”

“Some of the other apps in market traditionally or historically in Australia, [have] been mainly consumer focused. We'll be the first digital proposition for businesses

Railspay launched into the Australian market in March through its own BaaS partnership with digital bank Volt.

Railspay general manager Ben Smith explained the company enables “Parpera to connect to the financial product capabilities they require to deliver the solution they're looking to deliver.”

“So, the banking products that we enable Parpera with are provided by Volt Bank and Parpera accesses those through Railsbank technology,” he said.

“The ability to store money or create accounts for money, send money, receive money is all capabilities provided to [Parpera] via Railsbank underlying accounts with Volt bank.”