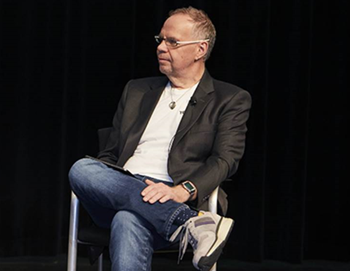 Westpac is taking a “purpose-driven” approach to its transformation under the watch of Group CTO David Walker, who sees it as a more positive way to drive organisational change.

Appearing as a guest on this week’s iTnews Podcast, Walker discusses the bank’s ongoing transformation agenda, its transformation roadmaps and guiding principles.

He also talks us through Westpac’s efforts to adopt an evolutionary architecture and evergreen technologies as a way to transform the backend and set foundations for faster changes on the frontend.

Walker joined Westpac as its group chief technology officer just over two years ago, with a remit stretching “all technology across the bank - making sure that we're making the right decisions around where we're going, and the technology choices we're making,” he said.

“That ranges from architecture through to engineering choices and strategic sourcing.”

Walker discussed at some length his strategic thinking around the bank’s ongoing transformation agenda, in particular his desire for transformation not to be undertaken out of fear of a looming competitive threat.

Years of presentations at technology conferences have attempted to sell fear-driven digital transformation - the idea that an organisation must act imminently or else risk being left behind.

“I had those [slide] decks as well,” Walker muses.

“I presented material in the past, talking about the fear of the big tech companies, or the fear of these other companies coming to take over. You can get caught up in that, and it is important to understand what they're doing.

“But one thing I recognised through my career, particularly in recent years, is you can look at [that] and say, ‘Well, they're frightening’, or ‘They're the benchmark’, they're the opportunity to focus on.

“I think that still has the same [transformative] element.

“You take the same information, and you present it in a way that allows the people around you, the people in the company that work for you, to really react positively about it.”

He is also taking clues from a broad cross-section of companies and industries on what ‘good’ looks like.

“You can learn from everywhere, and that's how we see it,” Walker said.

“I truly believe we shouldn't be looking at the neighbor that's just a little bit better than us or not, because that's not a high enough benchmark.

“It's not good enough to be just as good or just slightly better than a peer.

“Our customers are working in other ecosystems. They're spending time working with the tech giants and fintechs and looking at their solutions, so that's really the standard.

“We need to be as good, if not even improving on those [standards].”