CBA looks beyond apps for its future digital direction 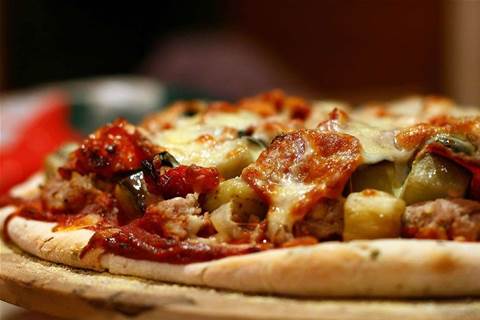 CBA has laid out a vision for the future of personalised banking where it knows its customers so well that it only ever puts financial products in front of them that it knows they will go for.

In this week’s iTnews Podcast, chief digital officer Fredrik Lindström and CIO for technology for the bank’s retail division and distinguished engineer Brendan Hopper talk at length about CBA’s broader digital goal to move beyond apps and online services that replicate existing processes or experiences, and into “digital-first”, highly personalised services that have no prior equivalent.

Lindström, who joined the bank in August last year, is convinced of the need to move beyond the narrow definition of digital - that of apps or websites - and gravitate towards newer, digital-first services that have no specific precedent.

“Long-term digital does not equal the app, or the website or NetBank or any of that when you take it to a broader perspective,” he said.

“Right now, that is what people talk about.

“Apps are still what people associate with digital banking. Apps came about with the iPhone in 2007 and has been predominant in the digital context since, but there's an expiry date to that.

.This is something Lindström and those working alongside him hope to have a hand in defining.

He acknowledges that will require stepping outside of digital’s current boundaries and having the freedom to rethink the delivery of financial services from scratch.

“The way banks have been operating is very much we still have the same underlying processes and products in many cases that we have then translated into something digital,” he said.

“That has a very negative effect on UX typically, because if we had the courage to forget about what we have, and just design something, given the digital capabilities that we now do have at our fingertips, what would we decide?

“It would look and feel very different.”

Lindström said that both CBA and the industry more broadly is embracing this challenge and “trying to design with a digital-first mindset.”

“In some areas, we're also starting to see new products, new things, new services coming in that never had a predecessor in the physical world,” he said.

“I think what will happen is banking as we know it will become to an extent invisible and commoditised, and then banks like CBA will need to figure out what's the value proposition to our customers in such an environment.

“This is going to be accelerated with 5G and interconnected services, and as we go deeper into open banking and so on.

“Somewhere in the future, there is a world where banking will be part of an interconnected ecosystem. Now we need to figure out exactly what role we play there and how we transition into that? So that's one thing that we're working on.”

Future digital banking services are also likely to be much more personalised than they are today.

“We are investing a lot into personalisation, driven by the fact that I think people expect and appreciate the same things digitally as they do in the physical world,” Lindström said.

Lindström - who is Swedish - uses an IKEA analogy for the kind of personalisation that CBA wants to ultimately have.

“I wonder if [CBA] doesn't have more products than IKEA sometimes,” he said.

“My point is personalisation is going to be used to select the ‘ingredients’ [products] that we would show [a customer], so you would log in and see the stuff that is relevant to you only.

“There will be a lot of stuff that we still have on the shelves or in the magazine that we don't need to show you so we won't.”

Conceptually, the model bears similarity with the ‘segment of one’ that was popularised in online marketing circles.

“As tempting as it might be as a bank to throw all your good products out there [in front of each customer], it's not going to be relevant to the customer and sometimes you're even going to confuse them with it,” Lindström said.

While personalisation already existed to some extent, it was mainly based on “personas” - groups of customers said to share similar desires or characteristics.

Hopper said that the bank is also looking to other digital-first experiences for inspiration in how it may be able to deliver banking services in the future.

In particular, Hopper cited the Domino’s Pizza app as a model where some aspects may be cross-applicable to a banking context.

“I love the fact you can order a pizza and watch it get cooked. As soon as it comes out of the oven, you can look at it, you see on the map where it is, and you see it on your screen before you hear the [delivery] bike come down the street,” Hopper said.

“I think in the next couple of years, we're gonna start getting there for banking.

“I'd love to be able to have a home loan that you see 'cook' and the minimum amount of manual processes [displayed to the customer].

“Being able to give our customers the ability to look at where they are in a process and have that absolute transparency … in the same way they'd order a pizza I think is going to be fundamental.”