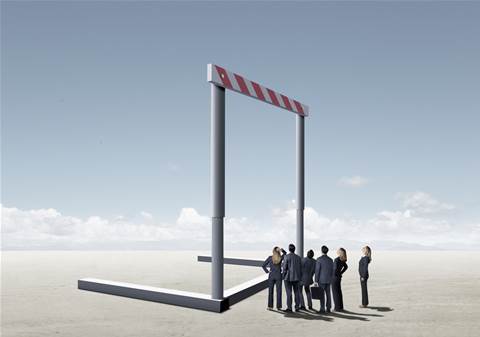 The federal government has removed a significant barrier to participation in the consumer data right scheme, with new levels of accreditation to become available to businesses wanting to ingest data.

The additional pathways, which are aimed at encouraging greater uptake and were first flagged by Treasury in May, are contained in changes to the rules made on Tuesday.

Until now, only accredited data recipients (ADRs) have been able to receive consumers' data from a data holder and make use of it in their own products or services.

But accreditation has been slow, with only 18 businesses able to call themselves ADRs to date, including the Regional Australia Bank, Commonwealth Bank and, more recently, NAB.

Some observers have criticised the laborious and costly accreditation process as a major deterrent for businesses wanting to participate in the scheme, which has, in turn, limited the benefits it has created.

Version three of the rules, however, introduces a new "sponsored" tier of accrediation from February 2022, which - as it's name suggests - will allow ADRs to sponsor other parties to become accredited.

Under the “sponsored accreditation" model, ‘affiliates’ that are sponsored by an existing ADR will be able to make data requests through that ADR without undergoing the same information security requirements that the ADR had to.

They will instead provide a self-assessment and attestation to the ADR accreditor, which will be required to undertake due diligence on the affiliate before entering into sponsorship agreements.

A second model called the “CDR representative arrangement” allows participants to access and use CDR data without accreditation as long as they offer CDR-related services as a representative of an ADR; this will begin later this month.

Treasury has previously said this model “does not preclude more arm’s lengths relationships” between two parties, and could include services like banking-as-a-service, for example.

Other changes include the ability for consumers to permit trusted advisors to access CDR data and disclose limited data insights outside the CDR for a specific purpose such as verifying their identity.

The data sharing process for consumers who use joint accounts has also been simplified, though this won’t come into effect until July 2022 to give data holders times to implement the changes.

“The rules made today are an important step in supporting the development of a vibrant data economy that provides benefits to business and consumers,” she said.

“The government is committed to supporting businesses and consumers to participate in the CDR and will continue to ensure that the rules support that objective.”