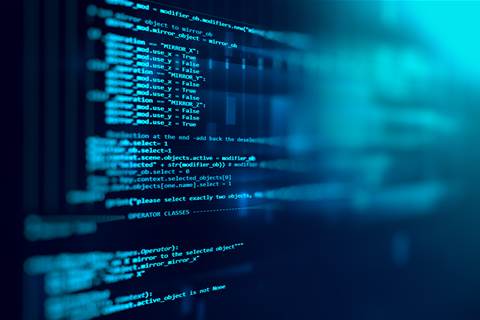 Podcast: NSW govt CIO on the good and the bad.

Firmly entrenched common digital platforms and contemporary delivery practices helped the NSW government respond quickly to the pandemic by ensuring it could stand up services in weeks and even days.

In this week’s episode of the iTnews Podcast, NSW government chief information and digital officer Greg Wells offered some insight into the government’s response to the pandemic, and how it helped to focus future priorities.

“While it was – and still is – a stack of work, and people are working very hard and it’s very stressful and people are very tired, there are a bunch of assets within [the Department of Customer Service] that really helped from a whole-of-government perspective,” Wells said.

“But it’s [also] been across government. If you think about… the digital courts program [in the Department of Communities and Justice], in [NSW] Health, the telehealth program."

Wells said the MyServiceNSW Account and the Service NSW app were particularly usefully for helping the state to refocus its response, as they allowed the government to roll out its COVID Safe check-in tool for contact tracing in a short space of time.

“Because the situation has been changing so rapidly, there’s not time to prototype for a few weeks, test with a lot of users, get feedback,” he said.

“Literally some of these things were out the door in days or weeks and then incrementally improved as we got going.

“What I think that has meant, though, is that often the technology is a little bit ahead of the policy space, and we’re still seeing that to an extent because you do have to react so rapidly.”

As important as having platforms that were able to scale was the “relative maturity in terms of how we work across the sector”, which allowed the government to respond to situations as they emerged, he said.

“Just having digital and data part of most conversations – some of those more subtle things that you can sort of see… those things have meant that we were ready to respond quickly when things needed to be responded to,” Wells said.

The pandemic also helped to shape the government’s thinking when it came funding for IT projects, particularly through the digital restart fund (DRF), in the wake of the initial wave of lockdowns that caused mass disruption across the country last year.

The largest investment through the fund, for instance, is the rural access gap intervention program focused on delivering improved access to digital teaching and collaboration tools in rural and remote schools.

“[The pandemic] helped highlight new emerging themes and areas we needed to focus on because as people started to work from home, things were being done virtually, there was a lot more online,” Wells said.

“It highlighted, 'does this physical/digital divide need to come together? How are we being really inclusive when we’re all in different environments and connectivity is more important than ever'?”

“So… even though all this pressure came and we were doing a lot more, it highlighted for government in general the importance of digital and customer, and focusing on some of these new things that were working on for a major release of our 'Beyond Digital' strategy.”

Wells added that there was, however, “still a bit of way to go” until “universally, everywhere across government… we think of ICT as completely as a business response and a service that we deliver”.