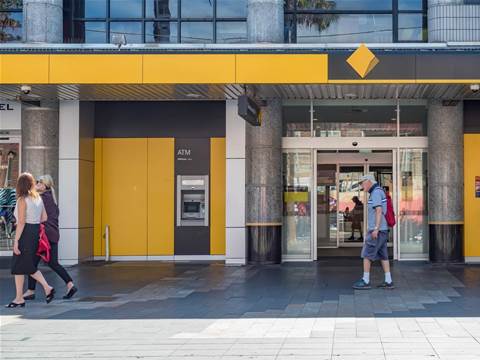 The Commonwealth Bank is hoping to improve its understanding of the cryptocurrency space as consumer interest in digital currency grows.

Speaking at a standing committee on economics, CBA chief executive Matt Comyn said that “cryptocurrency itself is a broad, fascinating and complex space”, and one the bank needs to understand better.

“We typically haven't had a particularly supportive posture around cryptocurrency exchanges simply because of some of the risks that are associated with that particular industry,” Comyn said.

“Of course when we take on a business relationship, we have certain obligations.”

Cryptocurrencies has been a topic of discussion of late with Westpac and NAB both expressing hesitation to trade them.

According to Comyn, while the blockchain technology which cryptocurrencies use can provide good transparency around transactions, it also “assumes that the on-ramps and off-ramps …are equally well regulated.”

Gaps here could lead to discrepancies in the ‘know your customer’ (KYC) obligations CBA and other banks must comply with, Comyn said.

There were residual concerns that converting fiat to cryptocurrency could be used to bypass traditional international transaction reporting.

Comyn said the topic of cryptocurrencies has been “under review more recently” at the bank which may lead to a “more supportive posture”.

CBA could see “how many customers each month, as just one data point, are investing into cryptocurrency."

“We see an enormous growth in stablecoins which are now more than $130 billion net and 10x growth in the last 12 months," Comyn said.

However, he noted there are still many “crypto players with vastly different business models and “very different standards” to the banking sector.

Comyn added this could lead to businesses being refused banking services at CBA, especially if they failed to fully disclose the nature of their business - which has come to be known as "de-banking".

“Part of the account opening process is obviously various procedures to understand the customer but you also rely on what the customer is telling you [about] the proper purpose of their business," Comyn said.

“I've seen examples where we have ceased our banking relationship with them."

Comyn said CBA has been in talks with financial crimes watchdog AUSTRAC regarding the growing interest in crypto trading.

“We have formed the view more recently that yes it’s a higher risk sector but it is a sector in some instances that we feel that we can appropriately manage the risk, leveraging some of the tools, techniques and providers that are available," Comyn said.

“But we are also in regular dialogue with AUSTRAC on this particular topic. They are focused on it.

“We see it as a joint obligation and responsibility on our side to help try to develop the rules.”

Given the rapid rise of cryptocurrencies across the globe, Comyn added it’s an area that “requires immediate attention from us as a major financial institution but from a variety of different stakeholders.”

“I personally visited a decentralised autonomous organisation, they had no shareholders, no employees, no constitution. There are no directors, there is nothing to regulate.”